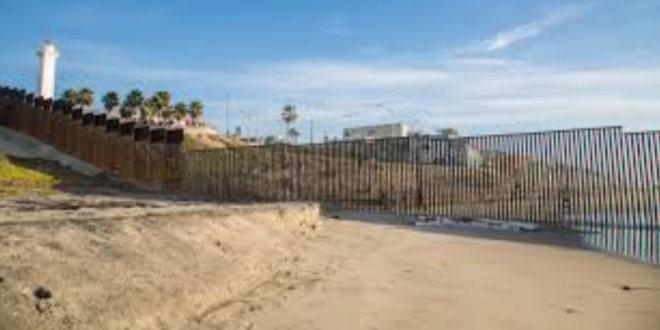 The Hidden Ecological Impacts of a Trump Wall

Regardless of the public’s opinion on the U.S president’s plan to build a wall, President Donald Trump’s goal to build a strengthened Mexican-American border wall will prevent wildlife from passing from one side to the other and cause habitat fragmentation. Unfortunately, although country, state, and city lines are imposed by humanity, the boundaries of the habitats and ecological systems that have preceded us do not follow these same boundaries. If we Americans fail to heed the environmental needs of these natural systems, we will face harsh environmental consequences.

Habitat fragmentation has grown into a serious issue throughout the continental United States. For those unaware, habitat fragmentation is a process through which “large and contiguous habitats get divided into smaller, isolated patches of habitats” (Reza). Although these events can occur naturally and gradually through the creation or destruction of natural barriers, most habitat fragmentation has occurred due to rampant urbanization, which pushes untouched wilderness to the fringes and isolates them from similar habitats. President Trump’s border wall will do just that. In an article published in July 2018 by the American Institute of Biological Sciences journal, environmental scientist Robert Peters and his colleagues reveal how a reinforced border wall could irreparably fragment all six of the Ecoregions that inhabit both the southern United States and northern Mexico (Robert et. all). In addition, such a border wall would “disrupt migrating wildlife” and “destroy…the habitats of endangered plants and animals” (Hess). Species such as the endangered Peninsular bighorn sheep and the Mexican gray wolf would be blocked entry or exit from the United States, preventing them from traveling to historic breeding grounds or reestablishing recently expired populations in either country. Additionally, as climate change progresses and the optimal living temperature for these border species shifts northward, an impenetrable border would halt any attempt for these populations to shift northward, drastically increasing their chances of extinction and lowering biodiversity in the region (Robert et. all).

In terms of research, the loss of a habitat will cost us valuable insights. The decreased biodiversity at the border wall would “stifle regional scientific research” and leave us with fewer species to synthesize new drugs, products, and ideas from (Hess). The plants and animals who inhabit the border hold untapped potential that we may squander if action is not taken to prevent such environmental degradation. Fortunately, solutions, such as ecobridges and wildlife corridors installments, may lessen or advert such an environmental catastrophe and allow for a brighter future at the border. If not, the secrets of the flora and fauna living in these Mexican-American ecoregions may be forever lost behind a thick sheet of concrete.

Previous Autism Spectrum Disorder (ASD)
Next My School in Shanghai