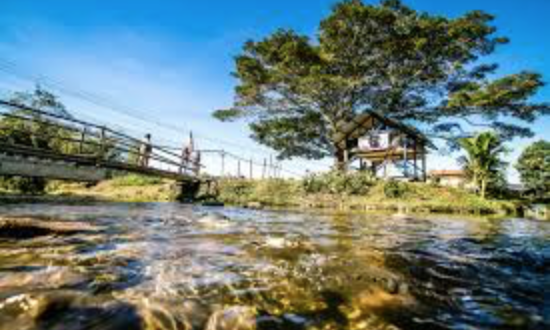 With the 2018 midterm elections, the Democratic Party regained the House of Representatives and began to push for funding for a “Green New Deal.” Many are confused about what the “Green New Deal” is, what will it cost, and what benefits, if any, it will bring about.

Environmentally, we are in a similar state to America in the 1920s– experiencing prosperity, but teetering on the edge of recession. Although we may be experiencing a bout of economic prosperity, with the rolling back of regulations and protected areas of the Trump administration, it is increasingly apparent that an environmental Great Depression is to come. Due to increased levels of global warming, many concerned scientists warn that the America and the larger world will witness more common and “more intense hurricanes” that “carry higher wind speeds and more precipitation” (“Hurricanes and Climate Change”). Rising sea levels due to climate change are said to be threatening “311,000 homes” and countless seaside communities across the U.S. (Milman). Rising temperatures will lead to key wine and agricultural environments moving northward towards Canada, leading farmers and viticulturists to grow different, heat-tolerant varieties of crop or struggle to compete on the open market (Reuell). It is clear America needs to counteract the causes and effects of these oncoming catastrophes. Will the Green New Deal do such?

The aims of the Green New Deal are to force America to run on “100% renewable energy by 2030,” perform social justice work in communities on the “frontlines of poverty & pollution,” and “guarantee a good job to anyone ready to make this happen” (Dickinson). The Green New Deal, while championed by Congresswoman Ocasio-Cortez, originally began with the Sunrise Movement, with hopes to truly make an impact on climate change. The group suggests that their legislative goals for the Green New Deal are “big enough to rival some of the biggest, greatest socio-economic projects we’ve seen before” (Dickinson). Although many Democrats agree with the movement, many conservative voices state that such a plan should be avoided, as it would “add tens of trillions of dollars to the national debt” and force Americans to live up to the impractical goal of upgrading every home and business for “‘state-of-the-art energy efficiency, comfort and safety’” (Haskins). Although the Green New Deal addresses America’s concern about energy, the deal remains “not very specific yet” and has not been strongly pushing solutions to the effects of climate change; however, this may change in the coming months (Dickinson).

With the divided government, Varshini Prakash, a co-founder of the Sunrise Movement, claims that, instead of legislation, the Sunrise movement will be “laying the groundwork” for a “governing coalition that will actually come together” to put the Green New Deal into action while trying to “take out” those who are “major obstructionists” to their goals (Dickinson). With around seven-hundred days left in Donald Trump’s Presidency, only time will tell the future of immediate environmental policy. Nevertheless, the Sunrise movement and their Green New Deal are currently making a splash in Washington D.C., which may reverberate through future Congresses and Presidencies to come.

– Amadeo, Kimberly. “Compare Today’s Unemployment with the Past.” The Balance Small

– Haskins , Justin. “5 Things Alexandria Ocasio-Cortez Doesn’t Want You to Know about the

Previous Dental Anesthesia
Next Exercise and the Brain