Home / Opinion / The Game of Politics 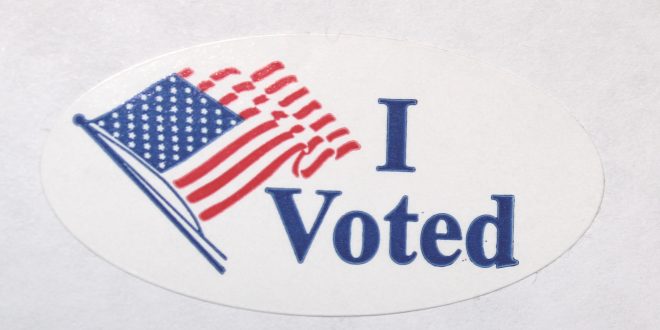 The Game of Politics

Governments need to exist. Without them, there is only complete anarchy. And yet, with the relatively recent imposition of democracies which necessitate elected officials, the effects of politics suddenly pop into the equation. Of course, politics dictates the future of a government that ideally suits everyone’s interests. But nowadays, politics is becoming more of a game in which different players must make strategic decisions to “win.”

In the US, there exists two relatively large parties: the Democrats and the Republicans. Regardless of what either side believes, it’s safe to say that there is a general divide between the two as they have differing ideas of the ideal American government. As a result, during election season, either side votes for specific candidates who represent their respective parties, the Democrats voting for the Democratic candidate and vice versa, the idea being that elections select the most ideal people to serve in office. These elected officials should theoretically serve the interests of the people as best as possible.

However, the game of politics has begun to shift in recent years. The political divide between the red and the blue has never been clearer. Each side throws negative advertisements at their opponents, shaming them and blatantly degrading them. Nowadays, there are many more ads targeting the group as a whole, denouncing their character, and putting the supported party up on a shining pedestal rather than informational advertisements addressing the legitimate concerns and national issues we should be worried about.

In essence, politics is shifting from a win-win situation to a win-lose mindset. Initially, the purpose of elections and democracies was to elect a person that represents all people, with compromises being ideal. In theory, this means the voters should view issues one by one, evaluate the pros and cons, and make educated decisions. In reality, however, our political stance often depends on our background and our region. In a nation becoming more and more polarized, newer generations feel a renewed spark in their political position inspired by the fierceness of their predecessors. Now, the purpose of campaigning on any specific side is to make the other side “lose,” rather than actually push a specific course of action. In elections, we see both sides throwing ad hominem attacks at the other candidates, trying to bring them down rather than focusing on the actual issues. In the ideal world, there should not be constant disagreements. Rather, there is cooperation and mutual interest. But the nature of politics forces each candidate to try to rise to the top, pushing everyone else down below them. Likewise, each party tries to knock the other down at all costs, making politics more about “winning” than about bringing the best compromised future to the country.

This phenomenon can be harmful when it affects our mindset on specific issues. For instance, when an event of political importance occurs, it’s natural for people to take sides either in support or against. It often happens so that Republicans dominate one side and Democrats dominate the other. This is especially damaging, because people growing up in a Democratic environment or who identify as Democratic, for example, feel the natural urge to side with the other Democrats. As a result, when presented with the raw facts of any issue, they are often unconsciously biased towards one side because of either preconceived notions or the dominant discourse they are exposed to. Not only does this further the divide, but it creates an artificial split in the people’s opinions when the apparent division may not actually be representative of American values. In other words, the same person may side differently on an issue just because of their background in a specific party regardless of what they fundamentally believe.

Consequently, politics can be a dangerous game. American elections are moving towards a game-like occurrence, with each side trying to defeat the other to push their own interests. Instead of succumbing to this phenomenon, voters should take a step back to consider their views on real world issues, rather than siding with specific parties just to conform with the established default in their region.