Home / News / The Future of the Winter Olympics 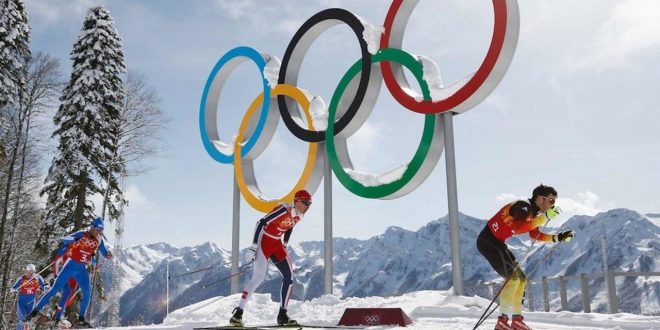 The Future of the Winter Olympics

Everyone’s familiar with the Olympics: Chloe Kim’s record win, Mirai Nagasu historic triple axel. It’s been all over the news this year. However, as the Winter Olympic sports are all involved with ice or snow, it becomes harder and harder to maintain the proper conditions in a gradually warming world.

Previous sites, such as Sochi or Squaw Valley, are no longer reliable. By 2050, it’s estimated that nine former locations will be too hot to host the Winter Games.

Many venues with warming temperatures have used artificial means to create snow. But artificial snow machines rely on the cold air to freeze mist into snow, and in areas where the air temperature is several degrees above freezing, this isn’t a viable option. So in places like Sochi or Vancouver, organizers have adopted practices of storing snow from the previous year, and piling hay bales underneath ski tracks. Athletes from the 2014 Sochi and 2010 Vancouver games where these methods were used have reported dangerous snow conditions, such as bumps and too soft snow. These artificial methods are barely a temporary solution.

As the weather ticks up, more and more sports are also moved indoors. For example this was the outdoor hockey stadium in the 1928 Olympics, and this was this year’s women’s hockey stadium in Pyeongchang. But not all sports can be moved, such as alpine or cross country skiing.

This global increase in temperature may also affect athlete training. Already, several ski sites in the U.S. report that their ski season has shortened, and several athletes have moved to colder locations for training instead.

But why is this important? Aren’t there many other bigger issues surrounding global warming than the Olympics? And that’s correct, in the development of the future, the Olympics aren’t very important, but for people, it’s a source of morale. It’s tradition, culture, and it’s all rooted in a shared history.

The Olympic Dream isn’t confined by political boundaries. From the world record sprinter Jesse Owens, to cultural icon volleyball player Lang Ping, and to today’s Michael Phelps and Usain Bolt, it’s also a source of national pride. The Olympic games are something that’s so much closer to home than predictions and studies of Earth climate; it’s a more personal reminder of the impacts of global warming and a urgent call to action on the parts citizens and athletes alike.

Previous Nepal
Next The Media’s Impact