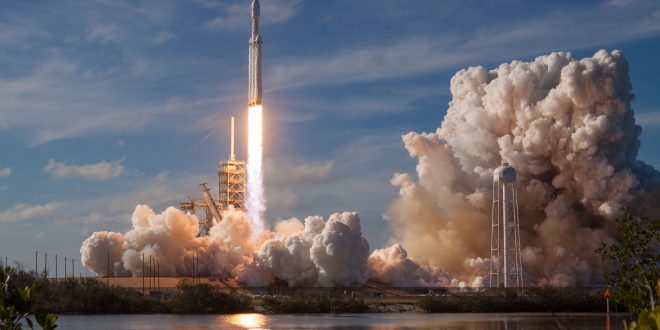 Recently, one of the most impressive feats in space exploration history was accomplished by Elon Musk’s SpaceX. The Falcon Heavy is the most powerful rocket in the world, more than twice as powerful as the rocket in second place. It can lift 64 tons of cargo into space. This insane scientifical feat had its first test flight on February 6, 2018. For the test, it carried none other but Elon Musk’s own custom red Tesla roadster, blasting David Bowie’s “Space Odyssey”  with a dummy, “Starman,” sitting in the driver’s seat.

The Falcon Heavy has three cores, two boosters, and one main booster with the payload on top. There are a total of 27 Merlin engines, creating 5.1 million pounds of thrust. After the boosters are finished with their job of helping send the payload into orbit, the boosters fall back to Earth and instead of being wasted like previous boosters, they actually land back by themselves to be used on a later date. After the main booster does its job, it falls back and lands back on Earth as well. It’s hard to describe this feat adequately with words; I highly recommend you watch its full course. Starman’s adventures in space are constantly being streamed.