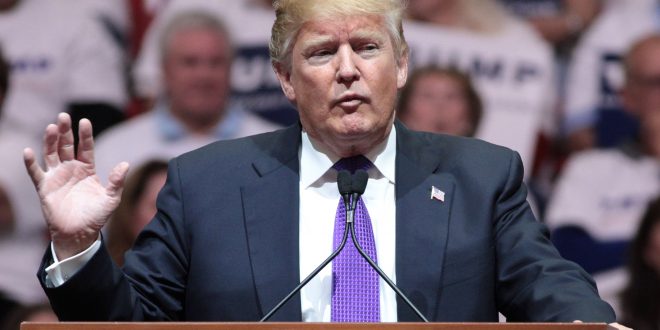 On September 5th, the New York Times published an anonymous Op-Ed, apparently written by a senior official in the Trump administration whose identity is only opened to the Times. At this unprecedented piece, the entire nation has exploded into shock and outrage. Unsurprisingly, Trump is furious, calling the situation a matter of national security and even asking Attorney General Jeff Sessions to investigate the matter. The author explains that there is a coalition of officials working to thwart the president’s dangerous inclinations, and the Op-Ed described Trump as one that “acts in a manner detrimental to the health of our republic.” For example, when Trump tries to warm up to Russia, a group of senior officials have quietly kept pressure on Russia through sanctions to hold them accountable for their actions. The author describes it as a “two track presidency”: Trump goes a certain way and parts of the administration push in the other direction.

This official is unlike others. From the beginning of Trump’s term as president, one official after another have been resigning from their positions. They have found the job too hard to bear; they are forced to work in an administration with views too contrasting with theirs. As a result, they chose to resign. The author is similar in that they find Trump’s positions and policy ideals concerning, but they take a very different approach. Instead of stepping down from a position to hide from the views of the administration, this official stays in the government with the desire of pushing back. Rather than avoiding a dangerous environment, they expose themself to it to attempt to make amends.

Of course, this is a risky and dangerous move. The official puts themself in danger by not just thwarting Trump’s desires, but by publishing a public Op-Ed about it, prompting a frantic search by Trump and his supporters. There have even been suggestions to administer polygraph testing within the administration to track down the author, those which have been quickly shut down. It seems that the author must have built up great courage to expose the inner works. But then again, by bringing the secrets of the administration to the public, Trump and his loyalists are now aware of the coalition and are taking actions to fight back. In that way, the Op-Ed is somewhat counterproductive, as the secret coalition has now come to Trump’s attention, prompting complaints and action.

So why did they publish the Op-Ed, if it puts them and their allies at risk? In the opinion article, the author implies that readers should be reassured because of this strong inner movement to oppose the president’s inclinations. However, by explaining how the administration is solving the problem, they describe the initial issue in greater detail. Though some of us may not have thought the situation as being that bad before, the article has revealed and confirmed, for some, that Trump has anti-trade and anti-democratic ideals, and his impulses are dangerous and often need to be checked back. Even the president’s own administration feels that he “acts in a manner detrimental to the health of our republic.” Instead of reassuring us, it has brought to our attention the state of the presidency and the unimaginable situation in the White House. Unsurprisingly, the Op-Ed has been an explosive event in the already chaotic circumstances. But through our constant desensitization to the horrifying political events that keep bombarding our country, we might even just forget about it.

Previous Measles Escalate
Next The Advent of Facial Recognition