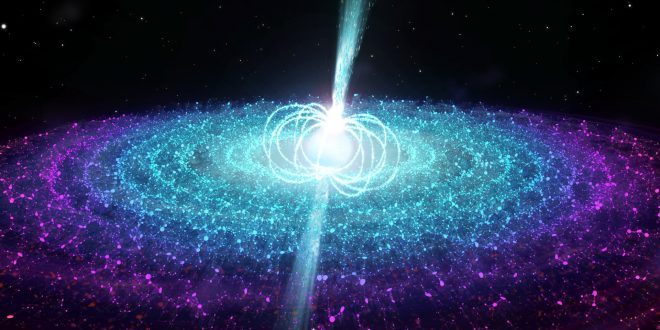 the Discovery of Neutron in 1932

The discovery of the neutron and its properties was central to the extraordinary developments in atomic physics in the first half of the 20th century. Early in the century, Ernest Rutherford developed a crude model of the atom, based on the gold foil experiment of Hans Geiger and Ernest Marsden. In this model, atoms had their mass and positive electric charge concentrated in a very small nucleus. Throughout the 1920s, the nucleus was viewed as composed of combinations of protons and electrons, the two elementary particles known at the time, but that model presented several experimental and theoretical contradictions.

The essential nature of the atomic nucleus was established with the discovery of the neutron by James Chadwick in 1932 and the determination that it was a new elementary particle, distinct from the proton. In the experiment, Chadwick placed a polonium source, which is highly reactive, in front of a membrane of beryllium. Beryllium is now considered as a neutron multiplier in which it emits two neutrons after receiving one. After that, he let the emitted neutron pass through a sheet of paraffin wax, which converts the neutron to a proton, so that it can be caught by a Geiger counter, which is the instrument used to detect and measure ionizing radiation. Based on the studies in the past, the emitted particle should simply be a photon, a small, chargeless particle. However, Chadwick measured that the particle has approximately 50 MeV of energy, which seemed impossible for its size. In his second paper, by using Einstein’s classic function, E = mc2, he figured that if the particle has the mass of a proton with an electron, it would match existing models. Although Chadwick’s assumption is still a little different from the modern description of a neutron, his discovery was thought to be the backbone of atomic science and nuclear engineering.

The uncharged neutron was immediately exploited as a new means to probe nuclear structure, leading to such discoveries as the creation of new radioactive elements by neutron irradiation (1934) and the fission of uranium atoms by neutrons (1938). The discovery of fission led to the creation of both nuclear power and weapons by the end of World War II. Both the proton and the neutron were presumed to be elementary particles until the 1960s when they were determined to be composite particles built from quarks. Understanding the components of the world will lead to groundbreaking studies that can change our lives.