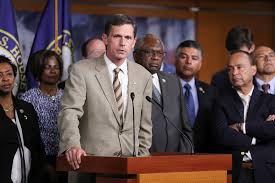 With the 2020 election on the horizon, candidates all across the board have been running strong campaigns for the position of president. This year marks one of the most diverse candidate pool in history, with racial diversity, candidates of different sexual orientations, and more than a third of candidates being female. After a few years under the Trump presidency, many Democrats have become unsatisfied and determined to elect him out of office in 2020. To do so, however, requires thinking and strategizing.

The Democratic voting base has grown increasingly diverse over the years, with many of them (especially women and African Americans) hoping for a refreshing candidate who breaks the age-old mold of a straight white male candidate. They want to see someone who represents them in office, and wish to see someone new to bring real change and representation to the US executive branch.

However, although many Democrats agree with this view, they point out that nominating a more diverse and different candidate will ultimately backfire. With an increasingly progressive agenda, it becomes harder to gain the electoral votes necessary to win the final presidency. In other words, although Democrats may want a fresh face in office, nominating a more leftist candidate makes it harder for them to win the final presidency.

As a result, there has been extensive debate over the optimal strategy. The party has a nearly unanimous interest in taking Trump out of office, but does that mean they must sacrifice a truly diverse candidate for one that exemplifies overlap?

It seems as if that is the better strategic move: although Democrats would like America to transition directly to their ideal candidate, it’s near impossible. Instead, a slow shift towards more Democratic ideals by electing a more moderate candidate is more likely to benefit them in the long term. Of course, it would be in their best interest if their ideal candidate becomes president immediately, but the campaign after the nomination becomes increasingly grueling as the two sides likely become very polarized. As a result, it becomes much harder for the Democratic nominee to reach across party lines. After all, if the nominee doesn’t win the presidency, Democrats are plunged into the same cycle once again.

Previous Hello, my name is Sofia, and I like to eat
Next 250 Dead in Terrorist Attack in Sri Lanka