Home / Lifestyle / The Color of Water 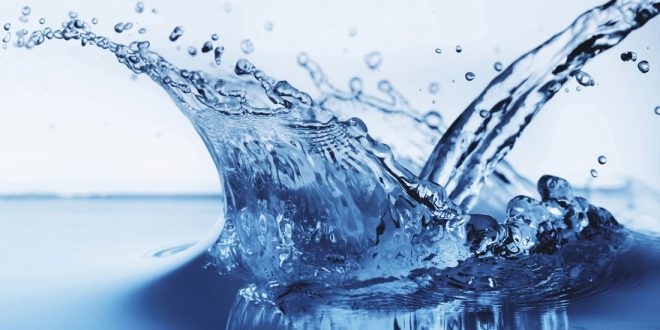 The Color of Water

The Combination of Elements of Journalism and Music

In the memoir The Color Of Water, James McBride narrates the identity crisis he experiences while growing up in a multiracial family. McBride also writes in the point of view of his mother, Ruth, and describes the hardships of her upbringing and discrimination she faces from society. Regarding his journalistic background, James McBride has worked for publications such as The Washington Post and The New York Times. Besides his work as a journalist, McBride is also a dedicated musician, who first found his passion for music in his teens and is now a tenor saxophonist. As a result, The Color of Water reflects stylistic elements that both journalists and musicians utilize. McBride’s experience as a journalist influences his writing by developing the story in chronological order and providing time references for the majority of events, always establishing context, and implementing the journalistic characteristic of brief sentences; on the other hand, McBride’s background as a musician influences his writing through the usage of literary devices and two distinct point of views.

The journalistic qualities that McBride employs include a chronological timeline and generally includes references to specific time periods for events, answers to basic information, and short sentences. The first sentence of the first chapter from McBride’s point of view is: “When I was fourteen, my mother took up two new hobbies: riding a bicycle and playing piano” (5). Here, time is the first subject he writes about, exemplifying a journalistic trait. In journalism, it is critical to provide the time frame in order to report accurate information. In almost the beginning of every chapter in which McBride is the narrator, there is a reference to time, either explicitly or indirectly stated. “In June 1974, Mommy walked into the kitchen of our house in Queens…”(177) and “It happened around the time my younger brother Hunter was born” (117) are examples of explicit and indirect references to time respectively. Not only does he mention the time period, he also develops the story in chronological order. To illustrate this, The Color of Water introduces McBride at age fourteen and continues to develop revolving around the growth of McBride, and ends with the introduction of “[James’s] wife, Stephanie” (277) in the last chapter. Not only does McBride confirm the time of most of the events in the novel, he also does so in an orderly fashion.

In addition, James asserts the context when introducing new occasions. An example of McBride providing context is: “In November 1942, a twenty-one-year-old Jewish woman named Halina Wind was sent by her parents into hiding after the Nazis marched into her home village of Turka, Poland, and murdered most of the town’s six thousand Jews, eventually killing her parents, a brother, and grandmother” (279). This quote adequately answers the five W’s: who, what, when, where, why. These are the most fundamental questions that are often asked by journalists in order to illustrate the setting for the reader in an efficient manner. In this case, Halina Wind is the “who”, the act of hiding explains the “what”, 1942 is “when” the event occurred, Poland is “where” the event happened, and finally attempting to escape from Nazi captivity answers the “why”. McBride often presents direct facts that are straight to the point and provides a short synopsis of an event as immediate context for the readers.

Another journalistic feature McBride demonstrates is the utilization of brief sentences. For example, when McBride’s classmates pressure him to dance, he recounts: “They were delighted. Even the teacher was amused. They really believed I could dance! I had them fooled” (105). This series of four sentences are all less than six words long that effectively serves its purpose without an endless description of the event. In journalism, short sentences are sufficient because it directly reports facts without adding any bias to the event, which is the technique McBride applies. To add on, when McBride searches for Dee Dee’s traces, he asks himself: “Whom did she live with? Maybe the father kept her. Who knows? I had a feeling she was still alive” (221). This is an example of McBride asking a question and its follow-up question, to which he provides the answers to both inquiries. Journalists are constantly asking questions and searching for answers; after all, their main objective is to gather information to completely report an event without any bias.

Regarding his musical background, McBride incorporates literary devices and multiple point of views to shift the initially bland biography into a engaging and heartfelt memoir. McBride mostly plays jazz music, which distinguishes itself from classical music through a significant amount of improvisation. Often times, jazz musicians are given a starting key or chord, and then they add their own original twist by improvising. Music is a form of expression in which the musician interprets the music in their own way and thus plays the music in their own tone. McBride translates this form of expression on paper by using similes that instantly animates his unimaginative journalist style of writing and effectively communicates McBride’s emotions. To clarify, similes are literary devices that compare two subjects to achieve a more vivid description. To describe his mother’s memory, McBride writes: “Her [Ruth] memory was like a minefield, each recollection a potential booby trap, a Bouncing Betty-the old landmines the Viet Cong used in the Vietnam War that never went off when you stepped on them but blew you to hell the moment you pulled your foot away” (253). In this particular simile, McBride compares Ruth’s memory to a minefield, insisting that Ruth’s revelations didn’t initially shock him until he took the time to analyze and reevaluate his life based on her history. This simile sets a serious tone by mentioning a dangerous minefield and the horrific Vietnam War. On the other hand, if McBride had wanted to set a lighter tone, he potentially could have compared Ruth’s memory to a rainbow that instantly enlightened him. The point is that the author has all of the creative control on the subject at hand that will ultimately help in adequately communicating their true emotions. Moreover, McBride purposely chose to mention the Vietnam War in order to emphasize the somber tone, which can also be done in music by performing at an intense pace or in a minor key. Besides creativity, similes also relates to music because there is always a melody and a harmony, called homophonic texture. In this case, the straightforward facts are similar to the dominant melody, acting as the fundamental basis of the storyline or composition, while similes are the harmonies to the melody, adding a layer of emotional appeal and perspective that isn’t necessarily needed, but is the crucial factor in distinguishing the novel between a timeline of life events and a tribute to Ruth.

However, not all music is classified as homophonic; many songs have two melodies, creating an equally beautiful composition with two independent solo voices, which is called polyphonic. The Color of Water incorporates both polyphonic and homophonic texture insofar as the polyphonic texture stems from the independent voices of both James and Ruth, while the homophonic texture originates from the dominant storyline with the addition of similes. The chapters Lost in Harlem and Lost in Delaware are perfect examples exemplifying polyphonic texture. In Ruth’s point of view, she admits that when she was in Harlem, she “was so naive I [she] just kept wandering around, not knowing I [she] was headed for trouble, which I [she] found soon enough” (172). Similarly, James points out that his family “knew nothing about Delaware” (179). By writing in the first person perspective, readers are able to gain a profound insight on the emotions the protagonists felt at a time. Two independent and equally important voices that tell different stories associating with the same theme is similar to polyphonic texture in music. Therefore,  McBride embodies his musical background in his style of writing by engaging the readers in expressive similes and a beautiful juxtaposition of McBride’s and Ruth’s’ perspective.
By combining journalistic and musical qualities, McBride ultimately creates the perfect balance that demonstrate both conciseness and creativity. When McBride returns to Virginia to unearth his family history, he sympathizes with Dee Dee and thinks to himself: “I could only imagine how painful that must have been, having to leave the only real home she ever had at age seventeen, her mother gone, her father with a gentile woman, her brother in the war, her sister disappeared; being completely helpless as the pillars of her life fell away like toothpicks” (221). This quote highlights journalistic qualities because in just one sentence, McBride concisely lists the major events that occurred in Dee Dee’s life. In addition, this quote also exhibits the musical characteristic of self expression through a simile, unrealistically comparing Dee Dee’s unstable life to toothpicks that topple over easily. In sum, the journalistic and musical features are also combined in the memoir to create an equilibrium between facts and emotions.

Overall, McBride’s journalist history influences him to develop his story in chronological order, deliver brief overviews of events, and embody breviloquent sentences with no bias. On the other hand, McBride’s musical background influences him to implement similes and provides the independent point of views of James and Ruth that connect together to create a complete memoir. Altogether, McBride combines the two distinct background characteristics into his unique memoir that is not only short and to the point, but also supplies the readers with visualization to understand McBride’s and Ruth’s feelings at the time of a particular event.