Home / Global Environment / Teslas: The Ups and the Downs 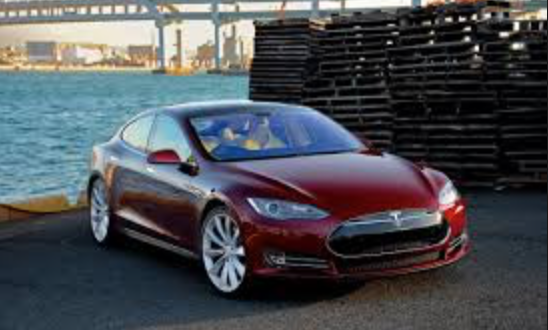 Teslas: The Ups and the Downs

Here in the Silicon Valley, you see many Teslas everyday and may think that they are doing something great for our environment and world by its unique feature of using electricity instead of fossil fuels albeit at the expense of $70,000 to $138,000. These fortunate drivers save gas, thereby reducing the amount of natural resources and greenhouse gases produced into the atmosphere. However, while these lucky people think they are saving the world one car at a time, they might not be aware of the unintended consequences.

Consider the production of the electric vehicle battery first. A study propagated by Swedish Scientists has recently discovered that to produce just one of these batteries, almost 200 kg of CO2 is produced for every kilowatt hour in the capacity of an electric car. That means, when buying the model S Tesla, which has a storage capacity of 100 kWh (kilowatt hour) the carbon cost of production is 17.5 tons of CO2. The large amount of emissions results from the need to process raw materials such as lithium.

Finding the rare earth materials required to build a Tesla battery requires heavy mining and drilling. This in turn also negatively affects the environment. After picking a small percentage of the materials wanted, the rest gets thrown back into the earth along with toxic materials that invariably harms the atmosphere. However, electrical vehicles such as the Tesla have still reduced our carbon footprint all over the globe.

Although during the production process, electric vehicles do emit a lot of emissions, in the end it does not produce any pollutants. So while it does harm the environment, there are ways to mitigate this as the results are astoundingly great for our world. One way is by producing a smaller battery which simply needs to be charged more often. This decreases the amount of CO2 released while still maintaining a low amount of emissions post production. Perhaps in the future car companies will be able to design ways to more efficiently and economically produce electric cars.

Previous Intuitive Surgical
Next The Recipe for Sarcasm