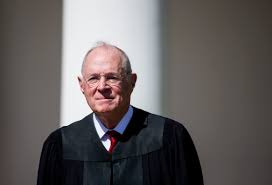 Supreme Court Justice Anthony M. Kennedy announced his retirement on June 27th, 2018. Kennedy began serving in 1988, under then president Ronald Reagan. In the three decades since his commencement, Kennedy has been a crucial swing vote on polarizing issues; he has traditionally taken a more liberal stance on issues such as abortion and gay rights.

With Kennedy’s retirement official July 31st, President Trump and his political colleagues are aiming to appoint a more conservative judge to the Court. The Senate, who must confirm the president’s nomination, is under Republican control with 51 seats. This may change in the upcoming 2018 elections, which is why many more conservative leaning politicians are looking to nominate a judge before November.

However, Democratic Senate members are calling for a delay in the nomination. They cite former President Obama’s nomination after the death of Justice Antonin Scalia in 2016 which was blocked by Republicans because of the upcoming presidential election. Obama’s candidate, Merrick B. Garland, wasn’t even allowed a hearing. This gave Trump the opening to appoint a justice in Scalia’s vacancy.

Trump is expected to pick from a list of 25 conservative candidates he has compiled, as well revisit candidates he passed over in 2017, and the most likely nominees include Judges Raymond M. Kethledge, Brett M. Kavanaugh,  and Thomas M. Hardiman.