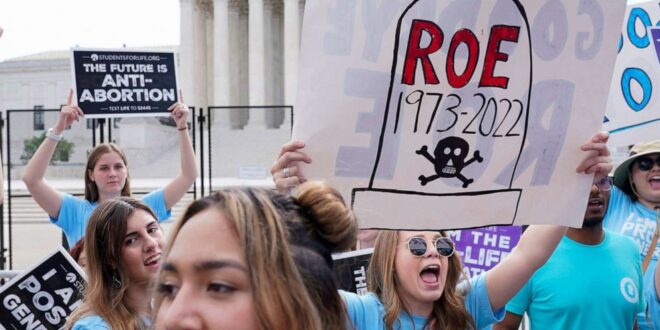 The Supreme Court of the United States has overturned the landmark ruling of Roe v. Wade, which will immediately rewrite the status of abortion access in the United States, with nearly half of all U.S. states now looking to ban or severely restrict access to the procedure.

Twenty-two states had laws or constitutional amendments already in place which can be quickly used to propose a ban on abortion as a result of the decision, according to the Guttmacher Institute, a leading pro-choice activist group.

The laws include bans n abortion that were already in place in certain states before the Supreme Court ruled that there was a constitutional right to abortion in the 1973 decision of Roe v. Wade.

Other states have “trigger laws” that would ban abortion in the event that Roe v. Wade was overturned by the Supreme Court.

A dozen states would ban abortion after six weeks, which abortion-rights supporters argue is effectively a ban on the procedure, as most people are unaware they are pregnant by that time.

The ruling has since sparked protests across the United States, and triggered abortion-rights advocacy organizations to seek legal action. It has also reportedly led more men to seek vasectomies.

A new poll has also found that the percentage of Americans believing that abortion and women’s rights should be priorities of the government is increasing, especially among Democrats and supporters of abortion rights. According to the poll, conducted by The Associated Press-NORC Center for Public Affairs Research, 22% of American adults name abortion or women’s rights as a priority problem to government should work on, a percentage that has more than doubled since last December.

While the overturning of Roe v. Wade is a significant loss for the Democrats, President Joe Biden and his party will seek to capitalize on this new shift with the midterms coming up in November of this year.