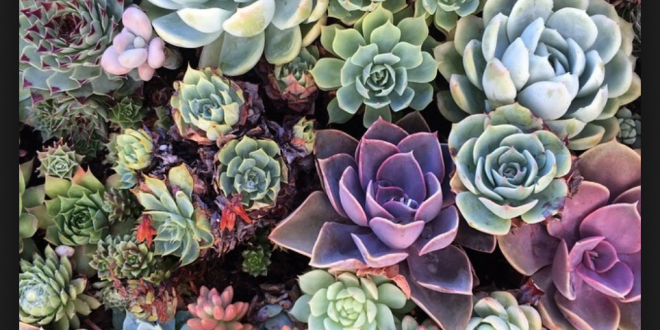 In recent years, owning succulents have become a fad prevalent in millenials and young teens. This strange new craze has profoundly affected social media, and essentially the world. The interest had already spread like wildfire throughout the world, but the boom of sales for succulents initially started in California. Recently, California went through a tough drought. In a time of innovation and fresh ideas, the succulent trend popped up. Both adults and children were amazed about the advantages of owning it and how cute its appearance was.

One main reason of the succulent fad is its unique look. Succulents come in a variety of shapes and colors. These groups of plants are atypical compared to the usual variety of garden and houseplants. Succulents are normally fleshy and juicy looking, but the plants under this group all have a variety of qualities to better suit the terrain they are growing in. These qualities can range from plump leaves thorns sharp spines, hairy to waxy surfaces, and columnar to spherical shapes. Many consider the appearance of such succulents as cute, aesthetic, and even calming, since succulents are heavily used in social media and bought as houseplants.

The second advantage of owning succulents are the fact that they are sustainable plants. Succulents use minimal amounts of water to sustain life. These features are highly favorable, especially in areas where water is sparse, because they are drought resistant. Succulents can retain water in their leaves and stems, so when its water source is limited, they can used the water they had stored. Furthermore, the roots of many succulents are near the surface of the soil. By having roots close to the surface, they can easily soak up any moisture from dew or light showers. Succulents use crassulacean acid metabolism photosynthesis, like pineapples and ferns, to minimize water loss.

The appearance of succulents is also based on the plant’s functionality in its habitat. Succulents have ribs which maximize the volume of the plant, all the while minimizing the surface area exposed to the sun. Specific qualities of succulents, such as the texture of the plant’s surface, may help reduce air movement around the plant and water loss and even constitutes shade.

The fact that succulents have taken over the plant industry and social media has been a good thing for humankind. Sales of plants have increased dramatically since the late 2000s, which means the economy is still turning. A majority of millenials and adults can agree on at least one thing: succulents are cute. This has created a mutual passion between all the aspiring gardeners. With plants that are less water reliant, more water is conserved during droughts. These resilient plants are very cute and suitable as houseplants; are you obsessed with succulents yet?

Previous How to Combat Elevation
Next The Benefits of Summer School