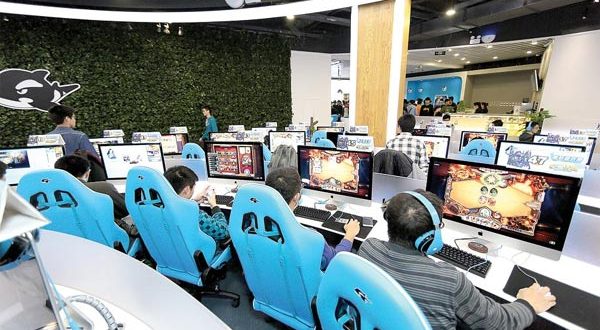 The Stereotypical Internet Cafe in China

You walk into a dark room full rows of glowing CRT screens. The smell of cigarette smoke penetrates your nostrils as you look around and see blank faces across each computer terminal, eyes glued to the screens. Empty instant noodle cups and occasionally beer cans remain scattered on the desks and shelves in between computer screens. This was what an internet cafe looked like in the early 2000s and is what many people still associate with when they hear about an internet cafe in China. Yet, with the changing times, one would be pleasantly surprised to hear how internet cafes have evolved in today’s world.

Like many others, I had my doubts and reservations when I recently experienced one of these internet cafes. But what I saw was astounding. The cafe I visited was incredibly clean without the slightest trace of cigarette smoke. It was well lit and decorated in a way that projects a friendly and welcoming ambience. While rows of screens still fill the space, high-definition 1080p curved LCD monitors have replaced clunky CRT monitors. Each monitor is connected to a computer equipped with a state-of-the art Nvidia GeForce GTX 1060, top of the line GPU, as well as a mechanical keyboard and gaming mouse which would satisfy any avid gamer. Indeed, the myth that internet cafes were cramped dark rooms filled with cigarette smoke was dispelled, at least for me. These internet cafes have provided many with an affordable way to use a high-tier computer, something that not many people in China can afford to own. The  Internet cafes have become social hotspots where friends can gather and have fun together. In 2015, China had 146,000 internet cafes with 20 million daily users.