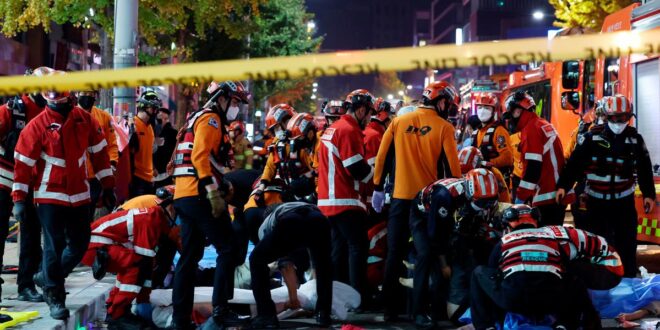 A stampede as a result of a crowd surge has led to the deaths of 149 people during Halloween gatherings in the South Korean capital of Seoul. Exactly what caused the crowd surge Saturday night in the Itaewon neighborhood of Seoul remains unclear.

This was the first halloween celebration in three years which did not have Covid restrictions in South Korea. There were no mask requirements, or limits on crowd size. There were, however, warnings being announced on loudspeakers telling people to be careful.

Two foreigners died in the Itaewon Halloween tragedy, and over a dozen others – including an American, were among the injured. Yongsan Fire Chief Choi Seoung-bum said two “foreign nationals” had died but did not specify where they were from. He added that 15 other foreigners had been hurt. According to the U.S. State Department, at least one of the people injured was a U.S. citizen.

Most of the casualties in Seoul are teens or people in their 20s, the fire chief said. He said that at least 149 people had died and 76 people were injured. Nineteen of those people were in severely injured while 57 others suffered minor injuries. South Korea’s president has urged officials to quickly identify the dead in order to help find those who are still unaccounted for.

Speaking to reporters on Saturday evening, US President Joe Biden briefly reacted to the tragic news in South Korea. 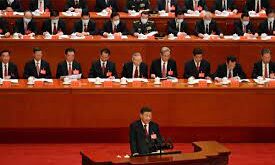