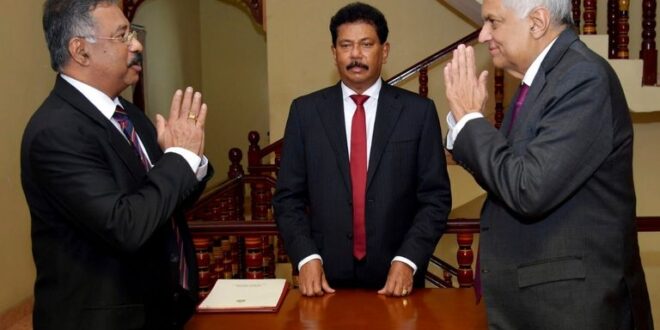 The Sri Lankan parliament has accepted the resignation of ousted president Gotabaya Rajapaksa, ending rule over the island nation by a family that held power for almost 20 years.

Rajapaksa resigned after fleeing to Singapore after Sri Lanka was rocked by mass protests over his incompetent economic policy.

Sri Lanka is currently in an economic crisis as it faces a severe food shortage, and lacks fuel and other amenities.

Rajapaksa’s resignation opens up the way for the country to begin looking towards the election of a new president.

Sri Lanka’s speaker of parliament, Mahinda Yapa Abeywardena said on Friday that the had accepted Mr. Rajapaksa’s resignation, which was received on Thursday.

He has called for parliament to convene and to begin the process of electing a new president. Prime Minister Ranil Wickremesinghe was sworn in as acting president.

Parliament has to decide on a new leader for the country within a month, and Wickremesinghe is a possible candidate.

Rajapaksa fled to Singapore on Thursday from the Maldives amid mass protests in Sri Lanka. He is believed to have wanted to leave Sri Lanka before stepping down in order to avoid possibly being arrested by a successive administration.

Singapore’s foreign ministry said that Rajapaksa had not asked for asylum or been granted it.

On the streets of the capital Colombo on Thursday, protestors were delighted by the news of the president’s departure from the country.

By late Thursday, protesters were dispersing from the streets and buildings in the capital.

“We are peacefully withdrawing from the presidential palace, the presidential secretariat and the prime minister’s office with immediate effect, but will continue our struggle,” said a spokeswoman for the protesters.