Home / Sports / Sports Greats Gone in this first half of 2021 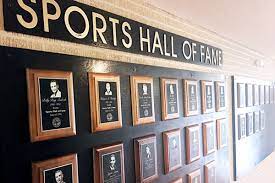 Sports Greats Gone in this first half of 2021

It is time to remember some of the legends of sports who have passed on in this first half of 2021. While our list is not complete, these few stand for all who dedicated their lives to their sport and excelled through talent and hard work.

While Hank Aaron played various positions on the baseball field and still holds a variety of records , he will forever be remembered as the man who broke Babe Ruth’s record of 714 career home runs. Ruth’s record had stood for almost 40 years, but on April 8, 1974 in the Atlanta Braves stadium, Aaron hit his 715th. Aaron’s ultimate career record of 755 home runs held until San Francisco Giants slugger, Barry Bonds, surpassed it in 2007. During and after his baseball career, Aaron was active in the civil rights movement. In January of 2021, Aaron died at the age of 86.

One of the more colorful characters of baseball was Tommy Lasorda. While Lasorda pitched for several major league baseball teams, he will forever be linked with the Dodgers, for whom he pitched, scouted and coached. Over his 20 years managing the Los Angeles Dodgers, Lasorda’s team won two World Series championships, and four National League pennants. Before his death at the age of 96, Lasorda was the oldest living baseball Hall-Of-Famer.

Leon Spinks became the heavy weight boxing champion of the world after winning his bout with Mohammad Ali in 1978, in one of the biggest upsets in boxing history. Spinks, an excellent amateur boxer, had won five Olympic gold medals before turning professional in 1977. With only eight professional fights he was the underdog the fight with Ali and is the only fighter to ever take a championship from Ali in the ring. Spinks was 67 at the time of his death.

One of the ”Miracle on Ice” team, Mark Pavelich helped take home the gold in 1980 Olympics hockey from the USSR,  four time defending champions.  Pavelich subsequently played forward in 355 regular season games in the National Hockey League, but the emblematic win against the USSR was a high point. He died at the age of 63.

We have lost others in 2021. Tennis great, Tony Trabert, with 10 Grand Slam titles died at the age of 90. Middle weight boxing champ, “Marvelous” Marvin Hagler passed at 66. National Football League Hall of Famer and three time All-American running back, Floyd Little, is gone at the age of 78. These, and so many other competitors, have given their all to both sport and fans. They will be missed.