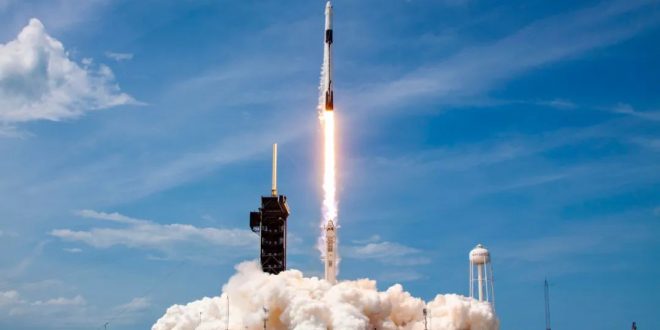 SpaceX is an American private space manufacturer and space transportation company. It is the first private enterprise to realize space discovery. Founded by Elon Musk in June 2002, SpaceX is headquartered in Hawthorne, California, USA, to reduce the cost of space transportation and carry out Mars colonization. The company has developed falcon rockets and spacecrafts for carrying loads to geocentric orbits.

This week, SpaceX launched the eighth batch of 60 Starlink satellites into space and successfully recycled all three boosters in the Pacific Ocean. The technology behind launching 60 satellites and recycling rocket boosters is unthinkable. The launch is also important for SpaceX’s future. It marks two important milestones: the 10th anniversary of the Launch of the Falcon 9 rocket and the Falcon 9’s five successful flights, making it the most reused rocket in the history of space shuttles.

In the history of space travel, rocket boosters were one-off due to technical immaturity and other reasons such as cost recovery. However, SpaceX took time to perfect its technology in the past 18 years. After losing many rockets and experiencing query from the public, SpaceX eventually succeeded recycling its first Falcon 9 rocket in 2017.

During the mission, SpaceX also tested a new system that engineers hope will improve the visibility of satellites when viewed from Earth at night. One of the rocket’s 60 satellites has a visor system that can be deployed after launch to reduce the reflection of sunlight off the satellite communications antenna. If it works, the system will significantly reduce the amount of sunlight reflected off the earth, and SpaceX will use it on future starlink satellites.