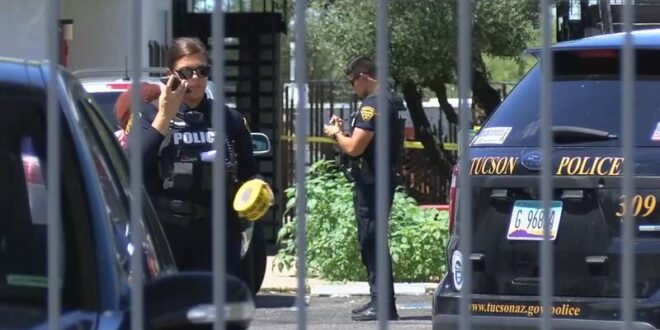 Four people have been killed in a shooting in Tucson, Arizona. The shooting took place at an apartment complex where an eviction notice was being served, officials said. A local constable, who was also a U.S. Army veteran, was among the four fatally shot.

The shooting occurred at the Lind Commons Apartments just after 11 a.m. on Thursday, officials said.

“The loss of Constable Deborah Martinez is felt across our state. Whether it was serving in the U.S. Army or carrying out her duties as a constable for Pima County, she dedicated her life to helping others and her community.” Ducey said of the constable.

Local news outlets reported that an employee working at the apartment complex was also killed but there was no news on Friday about the identities of the two other victims.

In recent years, there have been multiple instances of shootings related to the serving of eviction notices. Just earlier this week, an Oklahoma County Sheriff’s Office deputy was fatally shot and a second deputy was injured while attempting to serve eviction papers at a home close to Oklahoma City, according to authorities.

The two deputies were serving “lock-out papers”, part of the eviction process, when one of the deputies walked to the back door of the home and was fired on. The second deputy was shot as he attempted to pull his colleague to safety. According to an Oklahoma County Sheriff, the suspect was arrested and taken into custody after leading the police on a chase.