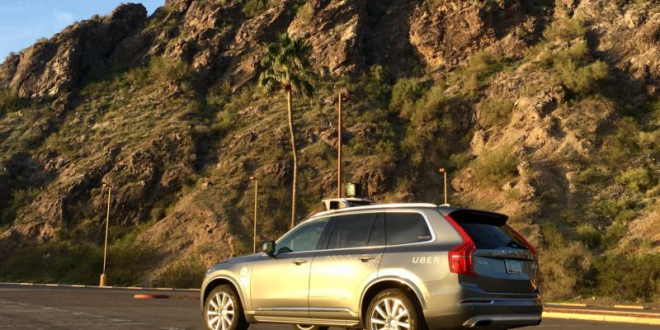 On March 18, 2018, at around 10 p.m., a pedestrian named Elaine Herzberg was struck and killed, in Tempe, Ariz, by a Volvo XC90 outfitted with a sensor system operated by Uber and with a human safety driver at the wheel. This was the first pedestrian death associated with self-driving technology.

The vehicle was going about 40 miles an hour on a street with a 45-mile-an-hour speed limit when it struck Ms. Herzberg, 49, who was walking her bicycle across the street, according to the Tempe police. Authorities later released portions of a dashboard camera recording from the vehicle moments before the accident. The video shows that the safety driver, identified by police as Rafael Vasquez, was clearly distracted and not looking at the road. It also appears that both of the safety driver’s hands were not hovering above the steering wheel, which is what most backup drivers are instructed to do because it allows them to take control of the car quickly in the case of an emergency. Police officials said the driver was not impaired and had cooperated with authorities. The self-driving car, however, should have detected the woman crossing the road.

Like many self-driving cars, Uber equips its vehicles with light detection and ranging system, also known as lidar sensors, to help the car detect the world around it. One of the positive attributes of lidar is that it is supposed to work well at night when it is dark, detecting objects from hundreds of feet away.

The accident was a reminder that self-driving technology is still in the experimental stage, as Silicon Valley giants, major automakers, and other companies race to develop vehicles that can drive on their own. Governments are still trying to figure out how to regulate the technology and a patchwork of rules is already in place around the country.

Uber’s self-driving program first started in Pittsburgh in September 2016 and extended to Tempe in February 2017. The Arizona city was considered an ideal place to test autonomous vehicles because of its favorable weather and wide roads. After the fatal crash, Uber immediately suspended the program in Arizona, as well as those in Pittsburgh, San Francisco, and Toronto.

Roger is a junior at Carlmont High School in Belmont, California. Roger serves as an officer of Help Everyone and Remember to Share (HEARTS) non-profit. Roger founded the first California Business Professionals Association (BPA) club at his high school and is active in other STEM related clubs. Outside of his busy school schedule, Roger practices karate, plays saxophone, reads, and volunteers for several worthy social causes in the US and China. Roger is extremely honored to serve as the News Column editor for the Rising Star Magazine.
Previous Time to Appreciate Timed Essays
Next Bitcoin – Future Currency for Payment?