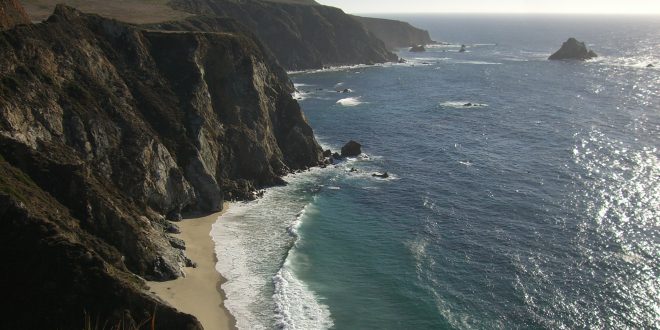 Scenery along the Cabrillo Highway

Scenery along the Cabrillo Highway

California State Route 1 is also called as Cabrillo Highway. It is a beautiful coastal road and is well known in the National Geographic Magazine and in the world of car travel. From Dana Point in Southern Los Angeles to Leggett Northern San Francisco, Highway 1 spans 655 miles in length. There are many beautiful attractions on this road for people to visit. The design of Highway 1 is created thoughtfully. Wherever there is beautiful scenery, the highway will have a vista point for people to park their cars and admire. This design will not let tourists accidentally miss beautiful scenery spots and prevent blockage on the two lanes. The tourists are also recommended to take the path from north to south, that is from San Francisco to Los Angeles. Driving on the right will put you closest to the coastline, and many vista points will not allow the car from opposite direction to get in.

Because there are too many attractions on this road, we can not list each of them. But the following attractions are considered some of the most important ones. 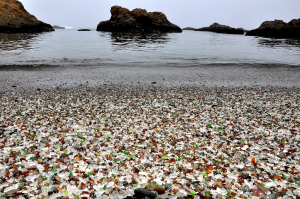 The lighthouse is within Point Reyes National Seashore, and the cape terrain is spectacular. 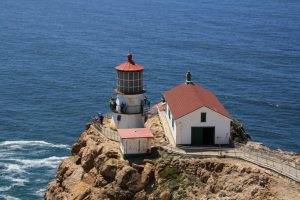 There are magnificent sea arches that are beautiful when viewed from afar.

Lovers’ Point Pacific Grove
A romantic town in Monterey Bay, especially in the spring when it is full of flowers. The Lovers’ Point is the name of a romantic seaside in the area. 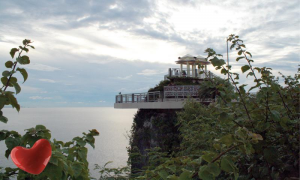 Mile Drive is a scenic road through Pebble Beach and Pacific Grove on the Monterey Peninsula in California. The picture above is the Lone Cypress, the icon of 17 Mile Drive. 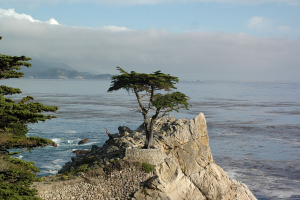 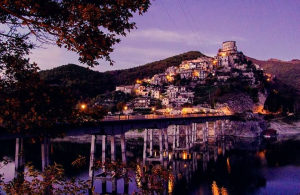 Big Sur is a rugged stretch of California’s central coast between Carmel and San Simeon. It is known for winding turns, seaside cliffs and views of the often-misty coastline. 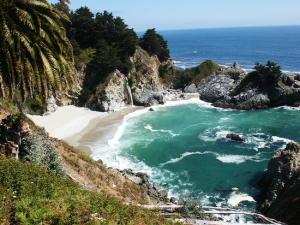 Moonstone Beach is one of many uncrowded beaches on the Cambria Coastline but this one brings something extra special to residents and visitors. 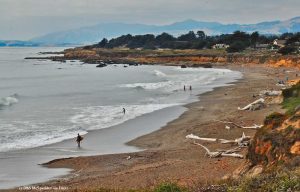 This bridge is next to a rest stop north of Santa Barbara. The sunset here is very beautiful, especially when the train passes. 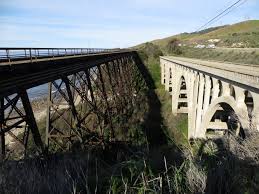 Santa Barbara
Santa Barbara is a city on the central California coast, with the Santa Ynez Mountains as dramatic backdrop. You can experience the coast city and look at the Spanish-style buildings. 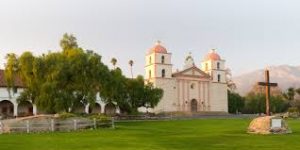 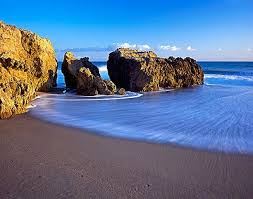 Point Dume is a promontory on the coast of Malibu, California that juts out into the Pacific Ocean. 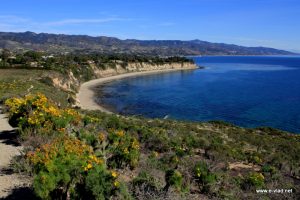 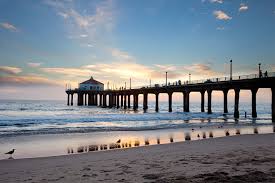 Laguna Beach is a small coastal city in Orange County; it has many artistic beaches. 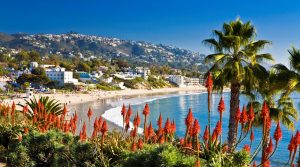 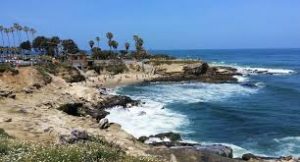