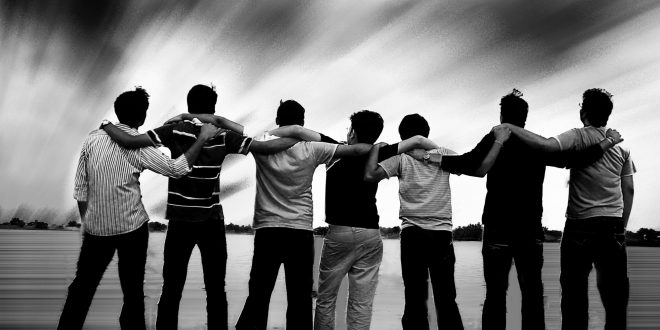 The worst feeling is seeing your classmates at the store. Often it’s not someone that we’re best friends with, rather, it’s often people that we’re slightly acquainted with but don’t know too well. We are then forced into this dilemma where we don’t know if we should greet them or not. More often than not, we just shy away and hide in another aisle.

This behavior likely seems normal, as we’re typically embarrassed or unsure if the other person is willing to talk to us. Instead of taking the risk and just waving a simple hello, we’d rather take the safe way out and do nothing. We think that if the other is uncomfortable and doesn’t want to talk to us, they will view us as “weird.”
However, those on the receiving end of such greetings most likely don’t see it that way. Instead, even if they see it initially as unexpected, they’ll realize that you’re open for a friendship and will be less cautious or shy when you both interact in the future. Typically, our fears of embarrassment by being too friendly are unfounded as others usually perceive friendliness as being open and welcoming rather than intrusive or desperate.

As a result, we shouldn’t be afraid of stepping up and making small friendly gestures to those that we don’t know terribly well. With people we’ve just met, we should wave hi or acknowledge them even if we just see them around the school or other meeting areas, as they’ll often return the gesture. Obviously, we can’t act too comfortable with people we’re not too close with, as that may unintentionally violate their boundaries. But by breaking out of the norm of ignoring the other, the acquaintance will likely realize they shouldn’t be afraid of embarrassment either. By propelling a cycle of openness and warmth, friendships become progressively easier to make and communities get increasingly tighter.