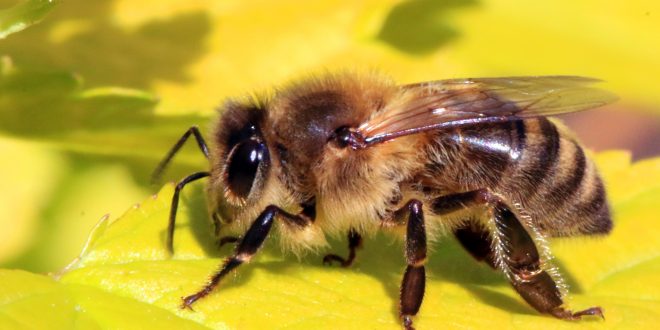 Bees are a pivotal supporter of human society, indirectly providing us with the food we need to live. They pollinate flowers, allowing them to reproduce and produce and grow the fruits and vegetables humans eat so much. Some crops, such as cherries and blueberries, are 90% dependant on bees for their pollination. Almonds are 100% dependent on bees for their pollination. However, with many recent diseases affecting the population of bees, the crops that are dependant on bees for pollination are facing major risks of dying off, which would lead to a societal crisis. One set of scientists from the University of Austin, Texas, a state which is home to many bees colonies, numbering over 300 thousand total.

These scientists are studying the Varroa destructor mites, which have a long reproduction season due to the warmer and climate in that area. These mites will reproduce themselves in a bee colony, attach to a bee, and then slowly kill it. This lethal parasite has wiped out entire populations of western honey bees within many states. Noticing the issues caused by this mite, scientists across the world have researched methods of prevention and cures in order to help the bee colonies thrive again. The researchers from the University of Texas have engineered bacteria that would be capable of living within a bee’s gut. This bacteria contains dsRNA, a molecule that would cause RNA interference when taken in by the mite. This interference silences the genes in mites and makes them more unstable and easily killed by the environment. RNA interference was a method that previous scientists had used but was unable to maintain sustainably for bees. The solution the group from the University of Austin discovered was to engineer bacteria that would constantly produce dsRNA.

This methodology can be easily expanded to other types of parasites and even diseases. Another group found that RNA interference could kill the virus that caused deformed wings on bees, another prevalent illness that has been continuously plaguing the bee population. Ever since RNAi was discovered in 1998, more and more possibilities have popped up, spurred by the advent of genetic modification. Things are looking up for the bees, and maybe one day, they will be completely saved.