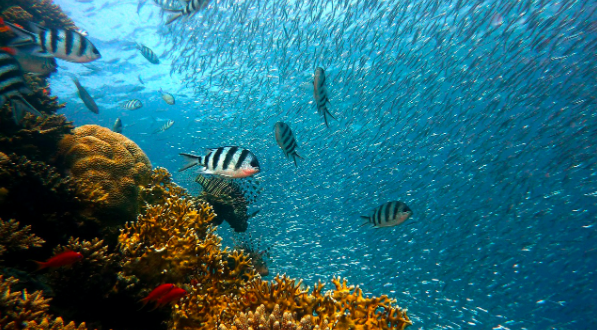 An international review found the possibility of marine life to recover to healthy levels in the next 30 years if urgent action is taken right now.

A published article from the science journal “Nature” expressed the surprise of scientists to discover just how resilient marine species can be to drastic changes in their environments due to human activity.

2050 may see the oceans return to their former diversity and productivity, but this process must start immediately to reach this deadline.

In February, researchers from the University of Hawaii Manoa said that rising temperatures, pollution, and acidic water are all affecting marine life.

They found that marine biodiversity losses during the 20th century are now slowing down and some populations have seen an increase in the present.

There have been a number of positive human interventions in the ocean. For example, the near-extinct Humpback whale populations have increased since the end of commercial hunting in the southwest Atlantic.

Professor Callum Roberts, from the University of York and co-founder of the study, describes how the successes environmental projects have had in the past demonstrate the possibility to restore marine biodiversity and ecosystems in the future if the lessons learned are applied and scaled in the present.

In order to succeed, researchers stated that the following steps must be accomplished:

Additionally, they found nine components that are crucial to restoring marine life:

Robert added that although climate change and overfishing and increasing the problem, we now have the technology to restore multiple of the nine crucial components.

Dr. Carlos Duarte, professor of marine science and Tarek Ahmed Juffali research chair in Red Sea Ecology at King Abdullah University of Science and Technology and lead author of the study, mentioned that our time window is very tight and we must act soon.

Previous Mass Psychogenic Illness
Next A Time to be Grateful