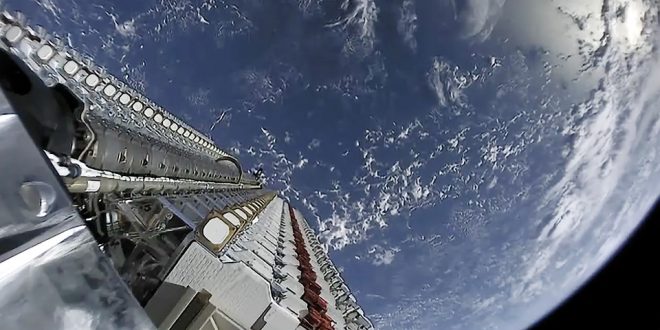 Satellites are man-made objects used to orbit the earth in order to provide humans with different services, such as GPS, communication, images, and climate information. As we continue to improve our technology, more and more satellites will be sent up into outer space to replace old satellites, and more satellites will be sent up to complete new missions that humans invent for them. However, this poses a problem for astronomers, who often rely on ground-based telescopes for observation of the sky. The intrusion of satellites causes unnecessarily large amounts of noise within their images, rendering them unusable. This phenomenon has become more common lately, and with the recent release of over sixty satellites by SpaceX, these issues have now become extremely pressing for dedicated astronomers. One astronomer warned that “these ‘mega-constellations’ of satellites have triggered alarm bells: Elon Musk’s satellites threaten to disrupt the night sky for all of us.”

According to NASA, there are currently over 20,000 man-made objects that currently orbit the Earth. However, the issue with satellites stems from the fact that they are made mostly out of metal, and reflect most of the sunlight that shines upon them. This makes them much more disruptive than simple space debris. Another issue for astronomers is the shocking amount of low orbit satellites that will be launched. These will cover a much larger portion of their images, making the data unusable unless a costly algorithm is created to compensate for the disruption. Astronomers that focus on detecting smaller and near-earth objects will be greatly affected due to the accuracy required for them to complete their tasks. This could threaten the detection of possible impact events, which despite the small size of meteors, can cause millions in damage and threaten lives.

SpaceX has been cleared to launch over a thousand satellites total, a seemingly bleak future for astronomers who wish to be able to consistently obtain clear data. It will be interesting to see whether astronomy and space innovation will be able to coexist, and if so, how they will convene to resolve this issue.