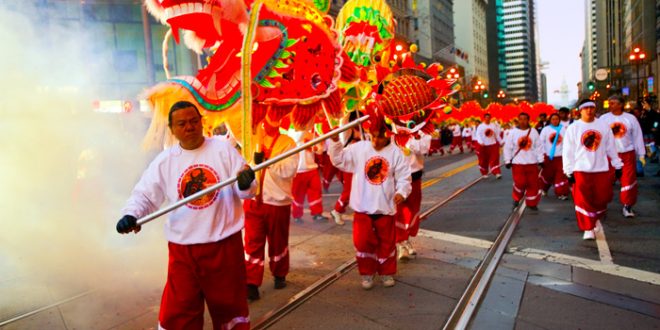 Named one of the world’s top ten parades, the Chinese New Year Parade in San Francisco, which took place on February 11 this year, is the largest Chinese New Year celebration outside of Asia.

The Chinese New Year celebration in San Francisco first began in the mid-1800s, when many immigrants from China came to California during the Gold Rush. Its beginnings were modest to say the least; only a very small percentage of San Francisco was Chinese, and even then, the Chinese were discriminated against at the time. However, the celebration has grown tremendously, and is now one of the most culturally enriching events in San Francisco.

I attended the event this year with my family, in hopes of experiencing a celebration that could rival the atmosphere of Chinese New Year celebrations in China, a spectacle that I began to miss ever since I moved to the United States. The parade started at 6 pm and ended around 8 pm. There were over 100 groups, several floats, and 100,000 exploded firecrackers. The highlight of the evening was a golden dragon that took at least 100 people to carry onto the street. The dragon danced, run, jumped and played with the spectators.

Needless to say, I was surprised at the level of celebration and the atmosphere of this year’s Chinese New Year parade. Even though I live in a foreign country with different traditions and customs, I was happy to be able to experience the cultures of my native country in a foreign land.