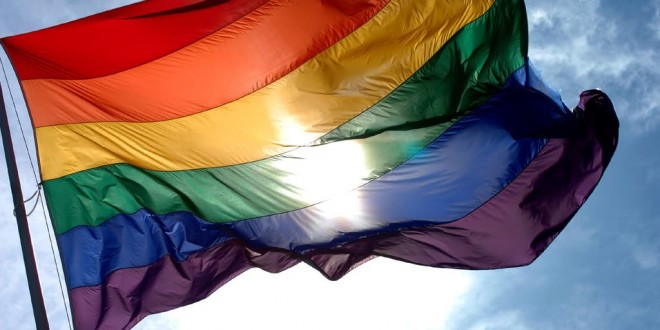 On June 26, 2015, the United States Supreme Court ruled that states could not prohibit marriage licenses to same-sex couples. For the past couple years, the whole country has been in a heated debate about whether or not it should legalize same-sex marriage. Several states invoked their own laws, banning same-sex marriage altogether. However, whether or not this right should be withheld stands on unstable ground.

Several issues that befall gay people include having to suppress their true selves and not be protected by the law. Imagine a man who is gay; he has no attraction whatsoever to women and rather feels more for other men. In a world where such feelings are shunned and possibly banned, he must force himself to conceal his true nature throughout the entirety of his life. Would it seem fair for one man to go against his nature until his death bed and not tell anyone? It is unjust for such a fate to befall any man, and even more so when all of society agrees that it is reasonable to do so. Yet another problem that all homosexuals must face is that they are not protected by the law. They have all the rights of a normal citizen, except for the right of marriage. As mentioned earlier, several states have banned same-sex marriage, forcing homosexual people out of the state. Having an attraction to the same gender is not by choice, but by genetics. Studies have found gay wild animals such as penguins, and their brains aren’t advanced enough to be able to make individual choices. Gay people shouldn’t have their right of marriage taken away from them just because they have a genetic difference. Rather, they should be supported, as they can take in foster children should the need to have children arise. Since suppressing same-sex marriage is both ethically wrong and unreasonable, this right should be legalized.

However, there are several reasons justifying people to speak out against same-sex marriage, such as the first amendment and human nature. The first amendment states that Congress shall make no law respecting an establishment of religion, or prohibiting the free exercise thereof. In Christianity, having homosexual thoughts is forbidden. Should same-sex marriage be legalized, Christians can argue against it through the first amendment. Secondly, some may consider two people of the same gender mating as against human nature. All animals were made to have children with the opposite sex, so homosexuality, by principle, is against the will of nature. If all of humanity were to marry the same gender, then no offspring would be created and the entirety of humanity would cease to exist. Having same-sex marriage legalized encourages this fate and will lead men down a road to ruin. Therefore, the first amendment and the nature of animals are both reasons as to why same-sex marriage can be looked down upon.
Both sides consist of potential arguments, which has recently led to much controversy. The gay marriage side argues that, ethically, it is wrong to take away another citizen’s rights because he or she is different while the anti-homosexual side states that it is against human nature. While no side is more clearly justified, the reader should decide which side is right or wrong. In reality there is no black or white.