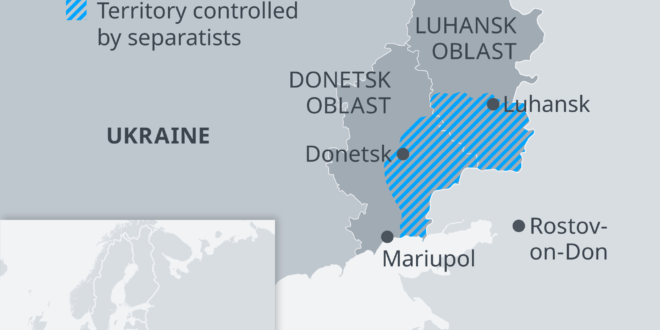 Russian president Vladimir Putin has ordered troops into two Russia-backed separatist states in Ukraine and hinted at a larger military campaign and Claimed Ukraine as a country “created by Russia” in a speech to the Russian people.

The order was condemned by several nations at an emergency meeting of the UN Security Council on Monday night as a violation of international law and Ukrainian sovereignty.

“He calls them peacekeepers… This is nonsense. We know what they really are.” said Linda Thomas-Greenfield, the U.S. ambassador to the U.N.

It was unclear whether or not this was the beginning of the long-feared Russian invasion of Ukraine. The separatists had invited Russian troops in, but that territory is widely recognized as Ukrainian territory.

The Ukrainian President Volodymyr Zelensky responded to the threat, saying that his forces were not responsible for an escalation of shelling on the front line between Ukrainian forces and Russian-backed separatists in recent days. The Russian government claims that Ukraine is preparing an offensive against the separatist territories

Zelensky spoke to President Biden and met with his Security and Defense Council.

White House officials said the U.S. would impose sanctions on people doing business in the separatist regions and would soon announce more.