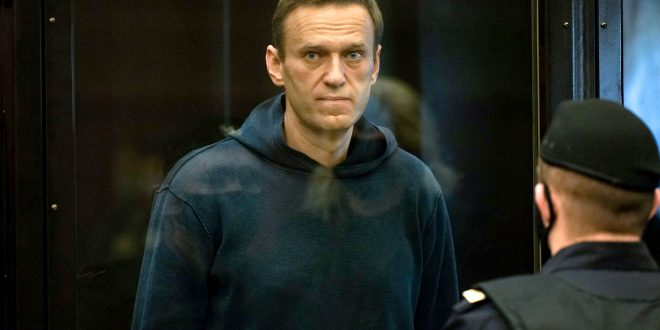 Russian opposition leader and Kremlin critic Alexei Navalney was detained at a Moscow airport after arriving from Germany on Sunday, according to the prison service.

He was detained for multiple violations of parole and terms of a suspended prison sentence and the prison service said he would be kept in custody until a court decision was made.

Navalny, one of the most prominent opposers of President Vladimir Putin, returned to Russia on Sunday after spending five months in Germany recovering from a nerve agent attack that he blamed the Kremlin for. The Kremlin has repeatedly denied any involvement in the attack. Navalny had apparently left Germany of his own free will and was not under any pressure to leave.

The prison service made the announcement after the flight carrying Navalny landed in Moscow, though at a Sheremetyevo airport, which is 40 kilometers away, rather than Vnukovo airport, where journalists were gathered. It was a possible attempt to evade journalists and supporters. The prison service had issued a warrant for his arrest last week, saying he had violated the terms of suspended sentence he received on a 2014 conviction for embezzlement. The prison service has asked a Moscow court to turn his 3 ½ year suspended sentence into a real one.

When asked about the prospect of arrest, Navalny said, “It’s impossible; I’m an innocent man”. According to OVD-Info group, which monitors political arrests, at least 37 arrests were made at Vnukovo airport, though their affiliations weren’t determined.

Navalny had fallen into a coma while aboard a domestic flight from Siberia to Moscow on August 20th, 2020. He was transferred from a Siberian hospital to a Berlin hospital two days later. Labs in various European countries as well as tests by the Organization for the Prohibition of Chemical Weapons established that he was poisoned by a Soviet-era Novichok nerve agent.

Russian authorities have continued to insist that the doctors who treated Navalny in Siberia found no traces of any poison, and have refused to open a full-fledged inquiry on the matter.