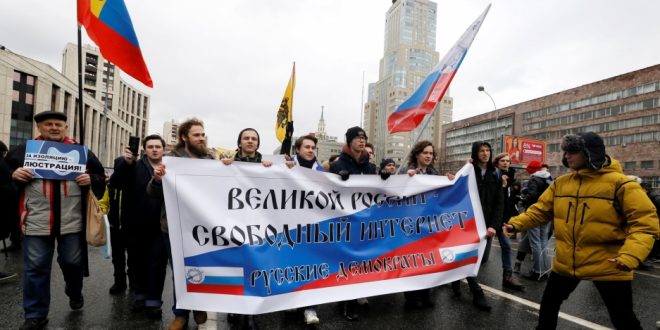 A new law in Russia has been passed that will implement controls and censors on internet service in Russia. This will give government officials wide-ranging powers to restrict traffic on the web. The Kremlin claims the law is to improve cybersecurity, and a spokesman said that users of the internet will notice no difference.

Many critics fear that the Kremlin will create an internet firewall to censor the internet similar to the one in China. Experts are unclear on how exactly the Kremlin will proceed after gaining the controversial powers included in the law, but they predict it will likely be used to silence critics and enemies. They are also unsure about how effectively the law can be implemented given the technological challenges in Russia and the high implementation and maintenance costs.

Nonetheless, the Russian government now has the official right to switch off connections to the world wide web completely during events they determine as “emergencies”. TThey can decide what should be considered a threat and the actions that should be taken. The law requires internet service providers to install DPI, or deep packet inspection equipment, which is capable of identifying the source of internet traffic and filter content.

Russia’s goal is to route the country’s internet traffic and data through state-controlled points, reducing reliance on foreign servers. Kremlin supporters say this is to protect the Russian internet system from foreign attacks. Additionally, Russia is working on developing its own net address books to create a self-sufficient network, but that is set to go into effect in 2021.

This is not the first time the Kremlin has tightened its control. Quite a few laws implementing strict control of the internet had been passed in the last few years. Earlier this year, the Russian parliament passed two bills outlawing “disrespect” of authorities and the spread of “fake news”. There have been protests following the passing of both of these laws for a freer internet.