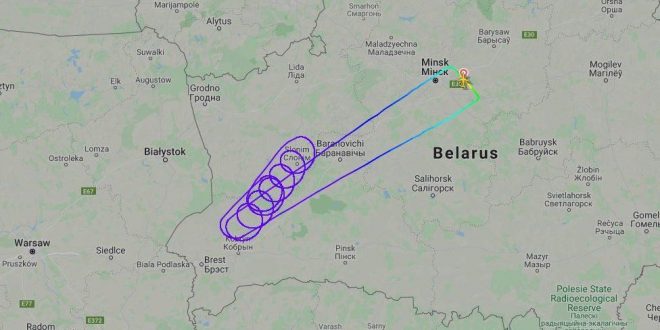 Russia has denied entry to two European countries because they had planned to reroute their flights in order to avoid flowing over Belarus to get to Moscow. Air France and Austrian Airlines have both had to cancel services after their flight plans were rejected by Russia.

EU leaders have asked European airline services to steer clear of Belarusian airspace this week after a Ryanair plane was forced to divert and land in Minsk on Sunday. Belarusian dissident journalist Roman Protasevich and his girlfriend were then arrested by Belarusian authorities.

The UN’s civil aviation agency has said it will launch a “fact-finding” investigation into Belarus’ actions, and whether Belarus has broken international aviation law by forcing the Ryanair plane carrying Protasevich to land in order to arrest him.

Russia is a notable ally of Belarus and Russian President Vladimir Putin is set to discuss the developing situation with Belarus’ leader Alexander Lukashenko, who has been in power for 26 years, in the Russian resort of Sochi on Friday.

Russia’s decision to refuse entry to specific flights is the first action by the Kremlin over this diplomatic conflict. Other flights involving German airline Lufthansa and Polish carrier Lot have arrived as scheduled. Russia is yet to comment on the action that is taking.

The EU and UK have banned Belarusian airlines from flying over their territories, and have said more sanctions are to come, including against Lukashenko and other senior officials. The European airspace ban has forced Belarusian airline Belavia to cancel 12 of its routes until October 30th. Russia’s actions in support of Belarus have led to the cancellation of at least four Air France flights between Paris and Moscow, and some passengers were rebooked on Russian airliner Aeroflot. Two Austrian Airlines flights have been grounded, including one passenger plane travelling from Vienna to Moscow and a cargo plane travelling from Nanjing in China to Vienna.

On Sunday, Ryanair Flight 4978 was en route from Athens to Vilnius when it was forcibly diverted to Minsk. A fighter jet tailed the plane to ensure that it changed course.

Previous What is Cricket?
Next Let Us Meditate