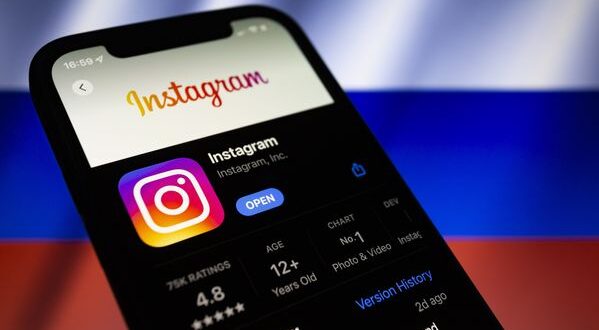 A Russian court banned Facebook and Instagram on Monday, claiming they were “extremist”. The ban on social media was part of a larger campaign by the Russian government to crackdown on dissent and so-called “misinformation” surrounding the war in Ukraine.

Russian authorities have accused American big tech corporation Meta – which owns brands such as Facebook, Instagram, and WhatsApp – of tolerating and propagating “Russophobia” since Russian President Vladimir Putin sent troops into Ukraine on February 24. Facebook and Twitter were banned since early March, and Instagram was recently blocked one week ago.

Moscow’s Tverskoy district court acceded to a prosecutor request to have the two social media platforms banned for “carrying out extremist activities.”

The court ruled that Meta’s WhatsApp messenger service would not be prohibited because it is not widely used to make public statements.

Meta did not give immediate comment to the ban by the Russian government.

Russian media regulator Roskomnadzor also blocked access to euronews.com, the website of the French news outlet Euronews, and its Russian branch ru.euronews.com, at the request of the prosecutor’s office. Reasoning was not given for the action.

During the court hearing on Monday, Russia’s FSB security service accused Meta of working against the interests of Moscow and its army during the Russian invasion of Ukraine.

“The activities of the Meta organization are directed against Russia and its armed forces,” said FSB representative Igor Kovalevsky. “We ask the court to ban Meta’s activities and oblige it to implement this ruling immediately.”

Meta had stated on March 10 that its platforms would allow statements such as “death to Russian invaders” but not overt threats against civilians. Meta’s global affairs president Nick Clegg later said that the relaxed rules would only apply to people inside Ukraine.

Previous Tips for Dye and Cutting Hair at Home
Next Inflation Skyrocketed! Why the Fed was to be Blamed.