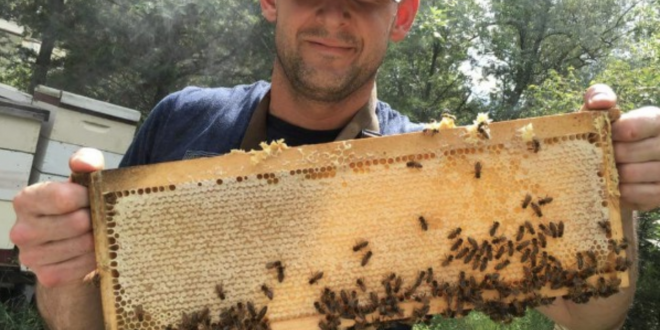 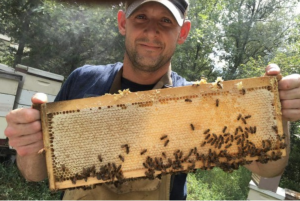 A month ago, Justin and Tori Englehardt readied themselves to clear snow off the hives of their Iowa honey farm—only to find their one supply shed and 50 hives in complete ruin.

A couple of boys, aged 12 and 13, had vandalized the entire 18-acre property, killing half a million bees.

“They knocked over every single hive, killing all the bees. They wiped us out completely,” Justin Engelhardt said. “They broke into our shed, they took all our equipment out and threw it out in the snow, smashed what they could. Doesn’t look like anything was stolen; everything was just vandalized or destroyed.

An estimated loss of $60,000, the Englehardts were unsure how they could revive the six-year-old operation. According to Justin Engelhardt, bee businesses often could not get insurance.

Fortunately, however, with the aid of one friend’s GoFundMe, the public quickly rallied to support the Englehardts’ operation, Wild Hill Honey. With more than $30,000 raised, the couple is eager to bring the “bee sanctuary back to its former glory.”

The beeowners believe that they were able to enjoy such an outpouring of support because of people’s appreciation and care for bees. ““Bees are critical and people are conscious of the fact that bees are having a hard time right now and facing some real challenges,” Justin Englehardt noted to the Sioux City Journal.

Now, as for the boys, they face three felony charges for criminal mischief, agricultural animal facilities offenses, and burglary.

On a wider scale, it seems bees are doing better now than years before—data shows honeybee populations increased last year, meaning bees are recovering from Colony Collapse Disorder, in which bees leave their hives for reasons still unclear. Numbers for the parasitic mites that suck bees’ blood have also declined.

To hear the Englehardts and the bees alike are bouncing back from misfortune is truly the bee’s knees.

Cindy is senior at Henry M. Gunn High School and is incredibly honored to be a part of the Rising Star Magazine team. She enjoys belting out Disney songs, playing piano, watching Chinese dramas, and babysitting. Cindy serves as California DECA's VP of Silicon Valley and is also the singing teacher at FCSN and the President of HEARTS Nonprofit. She can be contacted at cindy@risingstarmagazine.com
Previous The World’s Most Powerful Rocket Launches Successfully
Next Winter Olympic Games 2018