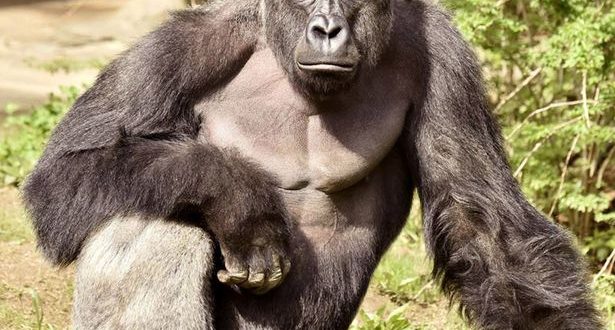 Recently, a 17-year old endangered gorilla, Harambe, was shot and killed in the Cincinnati Zoo… 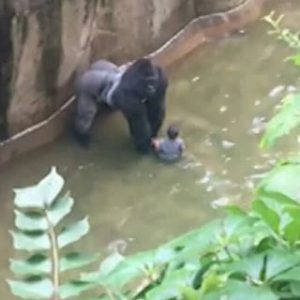 A 3-year old boy somehow slipped away from his parents and made his way through a three-foot metal wired perimeter fence and four feet of tall bushes into where the gorilla was staying. Video footage released showed the gorilla observing the boy, stroking his head, but then dragging him by the arms and legs through the water.

Zookeepers and the public believed the boy was in danger, so they killed Harambe, and this has led to debates all over the nation.

Experts observe the footage and explain that the gorilla does not seem to look aggressive. Harambe was just playing with the boy like gorillas would normally play with younger gorillas. Furthermore, when the boy was taken to the hospital, he had no broken bones or any severe injuries. People around the world are horrified by this incident because a) the parents did not keep an eye out on their child (how did the kid get passed all the boundaries??) b) the boy was not severely hurt c) humans take animals and trap them away, and then kill them and d) an endangered species has become even more endangered because of humans who claim that they’re protecting them. There have been protests, letters, petitions, boycotts, etc. People have written death-threats to the 3-year old’s family and want to lawfully charge his parents for not watching the child.

The decision to shoot Harambe, however, was a sad, but needed decision to save the child. Afterall, a child is indeed not a gorilla, and not everyone can interpret whether a gorilla is being aggressive or not. The boy was found to be hurt with scratches because he was dragged on the floor, so the decision had to be made in a short amount of time. Shooting Harambe, again, probably was not the smartest decision, but it was a decision that had to be made. Picture yourself and your child with a gorilla. Would you be able to tell the zoo to put down the gun? Would you blame it on yourself and your child?

If you want to prevent these things from happening again, then boycott the zoo. Hey, the Seaworld boycott worked! Animals belong in their habitats. Endangered animals do need our protection, but that “protection” is not captivity!! You can carpool and clean the air for them (and you!). You can cut down less trees and preserve their habitats. There are so many things you can do to protect them BEFORE they die. No one thought about how Harambe felt when it was locked inside a small space. But now everyone cares about Harambe after it is gone.

Cindy is senior at Henry M. Gunn High School and is incredibly honored to be a part of the Rising Star Magazine team. She enjoys belting out Disney songs, playing piano, watching Chinese dramas, and babysitting. Cindy serves as California DECA's VP of Silicon Valley and is also the singing teacher at FCSN and the President of HEARTS Nonprofit. She can be contacted at cindy@risingstarmagazine.com
Previous Scents that are good for you
Next Are You Over-Exercising?