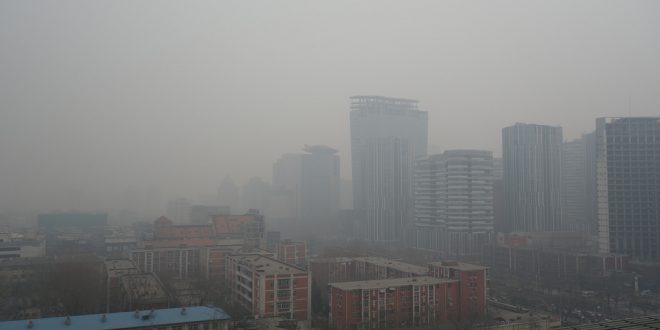 Reflections on Reports from Chai Jing

Rutgers, the State University of New Jersey, the United States Environmental Associate Professor of Occupational Medicine, has been involved in the EPA air quality standards.

The December of 2018, the United Nations held their annual climate change conference in Katowice, Poland, reminding the world that the clock was ticking for humanity’s existence on this life-harboring but unforgiving blue planet.

In 2015, Chai Jing, a China Central Television journalist released a self-financed film named Under the Dome, regarding China’s air pollution problem. Similar to Al Gore’s An Inconvenient Truth, it focuses on the effects of the pollution on the population, and how other countries fixed similar problems. A week after release, however, the film was banned in China.

Many of my friends asked me what I think of Chai Jing, questioning in particular with regard to some opinions circulating on the Internet on her accuracy on her coverage of science.

I just started to see personal attacks, and with my silent anger, my heart cursed a “shame”. However, attacking her data is not a real point. In fact, I can’t specifically confirm if there are fabrications in her data and the film is an interview with the authorities and experts that conceded correction in the future, but I have experimented myself and received data that wholeheartedly supports hers. In addition, it is news, not scientific papers, and should not be the source of exhaustive, in-depth discussions.

As a news report, this piece is good for bringing hundreds of millions to attention of the issue. To enhance public and government attention and awareness, this report Chai Jing does well! However, how to control pollution, how to balance economic development and environmental protection, should be studied together with the government, environmentalists, economists.  In fact, environmental protection is itself encompasses many disciplines, such as environmental science, sociology, public health, environmental law, environmental policy and other disciplines, so there is a need for government involvement. No matter what event it is, as long as the result is good for the people, in respect of praise! I agree with some of my friends comment: “Treat this documentary approach can be used to measure a person’s good or not, rational or not, in good faith or not, is the best litmus test.”

Now to validate the information reported by Chai Jing. Back in 1999, Professor Hu Min, director of Peking University Key Laboratory of Environmental Study visited Rutgers University. Our school in Shenzhen was the world’s largest and most complete human exposure research laboratory. Peking University, after visiting our laboratory at the university campus, established a similar lab. I then asked them to do experiments mentioned in the film. The professor said, because of higher than outdoor air concentrations of pollution, she was unable to do a comparative experiments. Later, Dean of the School of Environment Zhu Tong and other natural conditions do research directly, to see the difference between the health effects of wearing a mask and do not wear masks. Again later, during the Beijing Olympics, the air quality and health effects confirmed health effects mentioned in the report that polluted air may cause. About 24 hours after sampling, the filter became black: this should be no surprise that in China. In those days the highest values ​​of air pollution, just a few hours, the membrane pores were blocked, and the film must be renewed in order to continue sampling.

In short, the air pollution control must be vigorous. I believe that the Chai Jing reports were well researched and effective at attempting to improve China’s air quality. We should thank Chai Jing and all those who have contributed to China’s environmental protection!