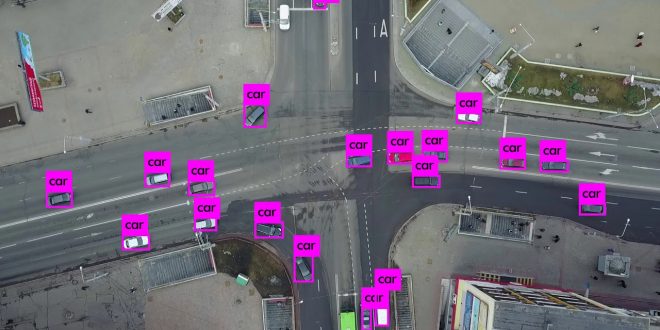 YOLO, as known as You Only Look Once, is a new generation real-time object detection and recognition algorithm that was invented by Joseph Redmon in 2015. On a Pascal Titan X, it processes images at 30 FPS and has a mAP of 57.9% on COCO test-dev.

As a real-time AI recognition program, YOLO is extremely fast and accurate compared to prior detection systems. Detection systems such as CNN, apply the model to an image at multiple locations and scales, and high scoring regions of the images are considered detection. However, YOLO only applies a single neural network to the full image. This network divides the image into regions and predicts bounding boxes and probabilities for each region. These bounding boxes are then weighted by the predicted probabilities. By statistically analyzing predicted probabilities, YOLO can easily provide reliable prediction results on almost any personal computer.

Moreover, the YOLO model has several advantages over classifier-based systems. It looks at the whole image at test time so its predictions are informed by the global context in the image. It also makes predictions with a single network evaluation unlike systems such as R-CNN which require to run thousands of networks for a single image. This makes it extremely fast, over 1000 times faster than R-CNN. Due to its unique speeding advantage, YOLO has quickly become the most used program to build a real-time AI tracker.

The third edition, YOLO v3, is especially friendly for the general public to use. Since the program is open-sourced, one can easily download Darknet, which is the training system built for YOLO, and get detections by running a few lines of code in the command prompt on almost any GPU. Additionally, people can easily learn how to train their detection model with their dataset after spending several hours watching YouTube videos. For example, even though R-CNN is a lot slower compared to YOLO, it is probably the most accurate recognition system, so if the detection requires accuracy, YOLO may not be the top choice. Nevertheless, even though YOLO v3 has so many advantages, people should still carefully choose the algorithms based on the purpose of detection as all algorithms have their unique advantages.

Recently, the new version, YOLO v4, is introduced by Joseph Redmon, and we will keep updating what’s new once the authorities publish authentic reports.