Home / Opinion / Racial Tensions in the US 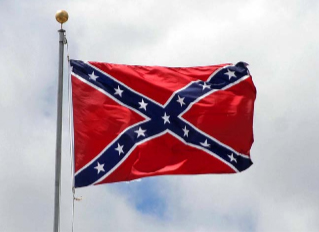 Racial Tensions in the US 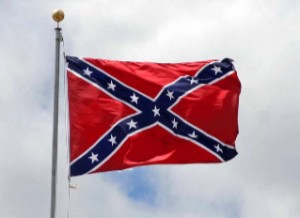 America has always been a country that is known for its diversity. Its motto, “E Pluribus Unum”

(Out of many, one), makes clear its diversity of race and religion. Indeed, studies have shown that by

2043, no single race in the US will make up over 50% of the population. The diversity that makes the

USA unique, however, presents a problem not present in other developed countries- tensions between

races, particularly between Caucasians and African-Americans.

The Confederate flag represents the racism that African

Americans experienced in the past, and to some degree, in the

African-Americans have had a long, and largely unpleasant, history with the United States, one

that continues to plague modern day African-Americans. From slavery to segregation, they have often

been mistreated. This mistreatment is not in the past- many present day adults still remember Jim Crow,

and the discrimination they had faced, and to some extent, still face. African-Americans are almost

seven times as likely as whites to be incarcerated. Almost five percent of all black adults are, or have

been, incarcerated, compared to less than 0.7 percent of whites. This represents a problem not only in

our perception of African-Americans, but a problem in our justice system, and its ingrown racism. When

taking a racism test designed by Harvard, only 17% were categorized as neutral, and over 70% showed a

predisposition toward whites. Clearly, racism, though no longer institutionalized and widespread, is very

much alive in modern day society.

Though individual racism will not go away in the foreseeable future, steps can be taken to

minimize it. I believe that a large portion of our racial and religious biases lies in popular culture. Popular

culture’s stereotypical portrayal of blacks, as well as other races, severely diminishes our society’s

perception of these races. Before our society can change, our media and culture must first shift.

Within our society, lack of bias is impossible. However, we can try to, at the very least, disallow

bias from affecting our actions. The US is known for its promises of diversity and equality, but, at least

for now, true equality, and a truly unbiased nation, is a distant ideal, which we must strive to reach. For

the foreseeable future, however, racial tensions will continue on, ingrained in our society.

Previous Mental Health in the U.S.
Next The Way to the Soul