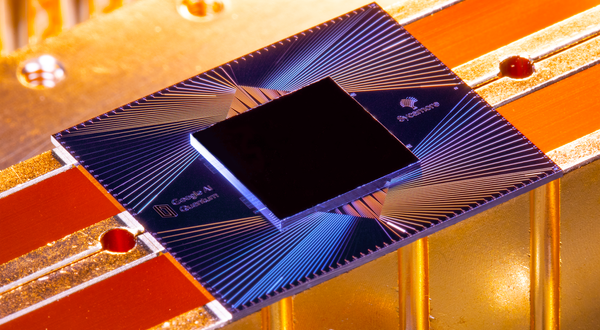 Our computers are extremely handy, capable of numerous tasks that help us get through our day. They have also evolved extremely quickly, coming out as simple calculators during the late 1900s, and rapidly evolving into the convenient machines we know today. However, computers will soon reach a major obstacle to the improvement of its efficiency. Transistors, which are the basic component of a computer, are already around 1 nanometer in length, which is nearing the size of atoms, which are around 0.5 – 1 nm in length. At this size, there are numerous oddities that can occur, such as quantum tunneling, which allows electrons to phase through the transistor’s gate and mess up the signal. This has become a physical limit to transistors, which will be difficult to bypass with traditional methods.

The interesting properties of small particles allow another solution to this barrier. Instead of seeing these attributes as troublesome, scientists have chosen to harness their power to develop even more powerful computers. Instead of using normal bits, they use something called qubits, bits that are both 1 and 0 at the until they are observed. This is another characteristic called superposition, and it allows qubits to store exponentially more than normal bits. For example, 8 normal bits add up to 8 states as each store one state. However, this can be done with 3 qubits, as each store 2 states, and combined with other qubits through entanglement.

There are many difficulties that quantum computing currently faces. Firstly, there is the inherent stability of entanglement, which can easily become disrupted through outside interference. There is also the uncertainty of the qubits, which are not guaranteed to end up in the necessary state. Lastly, there are technical bounds on data retrieval, as the amount of data is stored is also much larger. These problems can all be solved as quantum computers continue to be developed and used to correct the error or uncertainty in qubits or search through databases or even other qubits.

Previous Being Overproductive
Next The Importance of Flu Vaccine