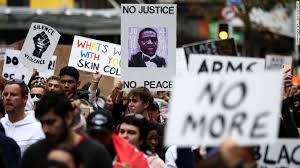 Protests Sweep the Nation After Death of George Floyd

On May 25th, 2020, an African-American man by the name of George Floyd, 46, was arrested on suspicion of using a counterfeit bill. Derek Chauvin, a Minneapolis police officer, could be seen to be kneeling on Floyd’s neck in released video footage.

Footage depicting the incident unfold sparked outrage across the nation. Protesters took to the streets to demand justice for George Floyd while fighting against police brutality and racism. A wave of violence rippled across the nation as well, and amongst the peaceful protesters are rioters using the death of George Floyd as a reason to commit crimes such as vandalism, theft, and targeted acts of violence. Videos have surfaced showing attacks on police officers, vandalism of historic sites such as the Lincoln Memorial, and looting of stores.

In major cities across the United States, riots have reached severe levels. In Atlanta, protestors defaced CNN Center. In Detroit, one protestor was arrested for attempting to run over a police officer with a car. In Washington D.C., protests caused the White House to be briefly put under lockdown. Curfews are being placed in cities across the country limiting when citizens are permitted to leave their houses. Some governors are also considering deploying the National Guard to put an end to the violent riots.

However, preliminary autopsy reports claim that there is an absence of physical evidence to prove that Floyd died from asphyxiation, and it is more likely that the combined effects of being restrained by police and underlying health conditions led to his death. This is not to undermine the fury and vigor brought to the movement to end endemic racism against black people.