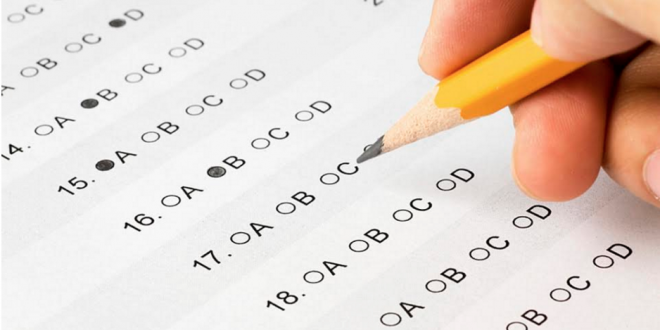 Pros and Cons of Standardized Testing

Standardized testing is a topic much debated today, as it affects the education of students from as early as first grade. Whether it is STAR tests or ERBs, most students have to take standardized tests every year that give them a national ranking and an idea of their progress. As they grow older, this testing process becomes even more important when the results of these tests affect their college applications, and ultimately, their futures. Below are some of the common arguments in favor of and against standardized testing:

Pros
In regards to standardized testing, the positive aspects don’t usually get mentioned as much as the negative ones, but that’s not to say they don’t exist. Standardized testing provides an easy, effective way to assess students’ learning without the need of people to grade the tests as they are mostly multiple choice. This eliminates any unfairness that might occur if tests were not multiple choice and teachers had to grade them by hand. This way, standardized testing makes testing equal for all students. Students in different areas and schools will receive the same questions on the test, and can be sure that unless cheating occurs, they are being graded fairly.
As well as eliminating unfairness and making testing more equal, standardized testing is given in an easy to understand format that makes testing easier for both students and teachers. The format of a standardized test rarely changes, so students know what to expect on the test and are not surprised by unexpected formats or questions. This also makes the tests easier for teachers to proctor as the instructions are almost the exact same for any test and not much explanation is required.

Cons
Although standardized testing provides a relatively equal and fair testing method for most students, it has many negative impacts as well. The standardized testing environment can be very stressful for some students, especially since it is timed. Some students do better in such an environment and some do worse, so it can be argued that this method is not a fair way to test all students.
Another common argument against standardized testing is that it does not actually qualify the learning of students, but rather their test taking abilities. The questions are of a very specific format, on a narrow range of topics that may not even be at the knowledge level of the students taking the test. This does not play to the strengths of all students, but instead makes success more attainable for the ones who are familiar with the format and the type of test.

Cindy is senior at Henry M. Gunn High School and is incredibly honored to be a part of the Rising Star Magazine team. She enjoys belting out Disney songs, playing piano, watching Chinese dramas, and babysitting. Cindy serves as California DECA's VP of Silicon Valley and is also the singing teacher at FCSN and the President of HEARTS Nonprofit. She can be contacted at cindy@risingstarmagazine.com
Previous Fossil Fuel and Us
Next Devastating Fire in Oakland, California, Plus Safety Tips to Prevent Death in This Situation