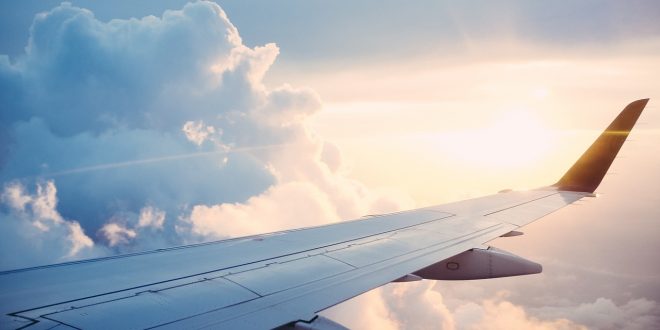 We have all been on an airplane. You settle in your seat and the flight attendants give their safety demonstration. Minutes later, you are airborne, leaving the ground at 1500 feet per minute. Then, suddenly, you start to feel nauseous, maybe dizzy. Your eardrums seems to open and close themselves involuntarily. Slowly, the discomfort goes away, but you still feel something is wrong. The air feels… different.

Earth, like any celestial body, loses gravitational attraction the farther away something is. Accordingly, the atmosphere gets thinner the higher you go, since air molecules are not squished together by more air. To avoid your body from exploding due to the difference in pressure at 30,000 feet, planes have pressurized cabins to keep the discomfort mild.

Pressurized air for the cabin comes from the compressor stages in the aircraft’s jet engines. Moving through the compressor, the outside air gets very hot as it becomes pressurized. The portion drawn off for the passenger cabin is first cooled by heat exchangers in the engine struts and then, after flowing through ducting in the wing, is further cooled by the main air conditioning units under the floor of the cabin. However, this is not turned on until 10,000 feet, so one will feel the difference in pressure in their ears along with dizziness before symptoms disappear.

The cooled air then flows to a chamber where it is mixed with highly filtered air from the passenger cabin. The combined outside and filtered air is ducted to the cabin and distributed through overhead outlets. This gives you the unnatural feeling of the air during cruising.

Inside the cabin, the air flows in a circular pattern and exits through floor grilles on either side of the cabin or, on some airplanes, through overhead intakes. The exiting air goes below the cabin floor into the lower lobe of the fuselage. The airflow is continuous and quickly dilutes odors while also maintaining a comfortable cabin temperature.

About half of the air exiting the cabin is immediately exhausted from the airplane through an outflow valve in the lower lobe, which also controls the cabin pressure. The other half is drawn by fans through special filters under the cabin floor, and then is mixed with the outside air coming in from the engine compressors.

These high efficiency filters are similar to those used to keep the air clean in hospitals. Such filters are very effective at trapping microscopic particles as small as bacteria and viruses. It is estimated that between 94 and 99.9 percent of the airborne microbes reaching these filters are captured.

Due to technological limits, we may never completely replicate the air down at sea level, but the mild discomforts are a small price to pay compared to the effects of cabin depressurization.

Previous Designed For the Dump
Next Government Shutdown and Reopen