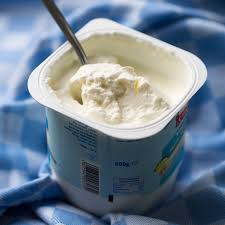 For thousands of years, people have been eating yogurt, kefir, and other fermented foods because they are tasty and they store well. Yogurt is one of the oldest and most-popular fermented foods in the world. It dates back five millennium and spread rapidly in the Western world throughout the 20th century. These fermented foods all contain live bacteria called probiotics: live good-bacteria supplements that can benefit the balance of the intestinal tract.

There are many different types of probiotics, each with separate combinations of different live cultures. Some of the most common live cultures that are added to yogurt are Lactobacillus bulgaricus and Streptococcus thermophilus. There are two categories of  bacteria that can be in yogurts. One is a thermophilic bacteria, which is a bacteria that loves a lot of heat. The second type of bacteria is called mesophilic bacteria, which is a bacteria that likes moderate amount of heat.

Everyone’s body needs to have a healthy amount of ”good” bacteria in the digestive areas, and many yogurts are made using active, good bacteria. So, the more yogurt you eat, the better the chance you will have a good digestive system. Yogurt eaters will also get some animal protein (about 9 grams per 6-ounce serving), plus several other nutrients found in dairy foods, like calcium, vitamin B-2, B-12, potassium, and magnesium.

Finally, probiotics can be beneficial for your overall health, contributing to the successes of many of the body’s processes. 20% of youth who take antibiotics also develop problems in their intestinal tract because of unbalanced chemicals, resulting in antibiotic-associated diarrhea (AAD). Probiotics can help relieve this symptom by rebalancing the chemicals in the colon. There are studies that have shown that probiotics also help control high blood pressure and reduce cholesterol levels.

Choosing good foods such as probiotic-containing foods like yogurt and kefir will help you live a happy and healthy lifestyle.