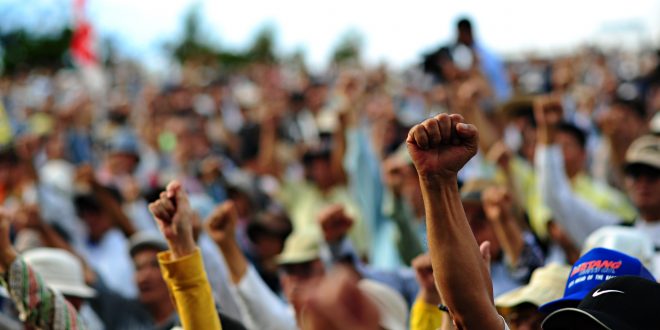 Gage Halupowski, 23, is facing criminal charges for unlawful use of a weapon, attempted assault of a public safety officer, interfering with a peace officer, and second-degree assault, after being indicted Tuesday by a grand jury for his alleged participation in a June 29 protest in downtown Portland that supposedly turned violent.

The protest involved large groups of rival left and right-wing demonstrators, who disrupted public transit for the majority of the day. After 3 p.m., police declared a civil disturbance and quickly dispersed the crowd. Eight people had been injured, including three police officers.

One of the likely causes of the injuries was a fight that broke out near the Pioneer Courthouse Square. A local police officer has claimed that several people in black clothes and masks, likely Antifa, were chasing a man. They caught up to the man and began physically beating him with feet, fists, and batons after the victim fell over. The officer also says that he saw the accused Halupowski run up behind Adam Kelly, a man who tried to stop the physical attacks by the masked aggressors, and attack him with a baton.

Previous One Punch Man
Next The Shooting of Botham Jean