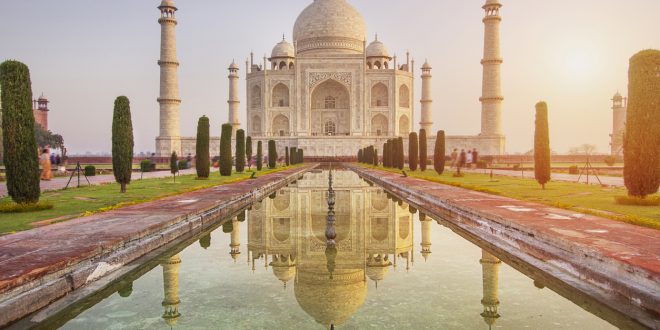 Pollution and the Taj Mahal 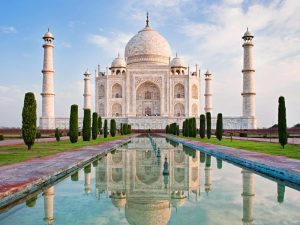 The Taj Mahal is a grand ivory marble mausoleum built on the banks of India’s Yamuna river. It is regarded by many as India’s most beautiful monument, and has been declared a UNESCO World Heritage Site and one of the New Seven Wonders of the World. Completed in 1653, the Taj Mahal has stood through centuries of wars and natural disasters. However, data shows that pollution might be damaging the Taj Mahal beyond repair.

In 1998, India’s government launched a program to save the Taj Mahal from further damage. It has restricted vehicle use within 500 meters of the premises and has placed restrictions on the populace within the nearby city of Agra to reduce air pollution. This program, however, has not appeared to work. Recent data shows the particle level in the air is higher than the levels that prompted the government to act more than ten years ago.

Air pollution is not the only factor that is damaging the Taj Mahal. The high level of pollution in the Yamuna River has also affected the monument. A storm drain from Agra empties into the river just miles from the Taj Mahal. There, one can find untreated human waste, along with heaps of trash, and occasionally even a body. This pollution, some say, creates high levels of methane gas, which further contribute to damage of the exterior. A decrease in water levels due to a high demand for drinking water has also threatened to destabilize the foundations of the Taj Mahal.

Preservation of this international monument is not something that should be ignored. The Taj Mahal is not only an example of Muslim art and architecture, but also a symbol of India’s rich history.

Cindy is senior at Henry M. Gunn High School and is incredibly honored to be a part of the Rising Star Magazine team. She enjoys belting out Disney songs, playing piano, watching Chinese dramas, and babysitting. Cindy serves as California DECA's VP of Silicon Valley and is also the singing teacher at FCSN and the President of HEARTS Nonprofit. She can be contacted at cindy@risingstarmagazine.com
Previous Medics of WWI
Next A History of Crew and Why You Should Row