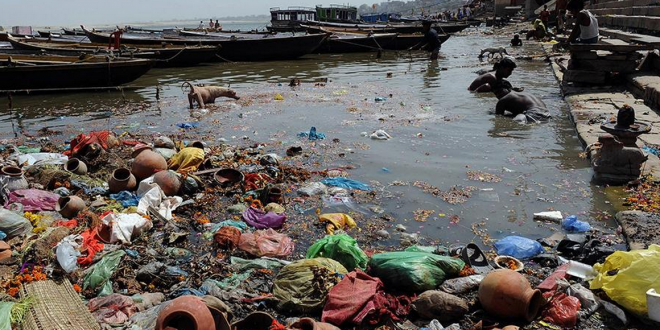 Water. It seems very abundant, and not that hard to come by. Wherever you go, even to the ends of the earth, even if you’re not gazing out upon the endless oceans, you can still observe bubbling brooks, rushing rivers, and sparkling lakes. Finding water to utilize in our daily lives shouldn’t be a problem…right? However, as limitless as our supply of usable water may seem, it still has its limits, and we are drawing nearer to them, with our steadily increasing usage, and worst of all, pollution.

Yes, although the Earth is about 70% water, less than 1% is usable. With our ever increasing populations, this small percentage of water will soon be gone. The fact that humans are polluting our extremely limited water supply with industrial waste, toxic chemicals, and garbage is not helping. Water pollution still affects public health and the quality of our lives in many countries around the world to date.  Dirty water is the world’s biggest health risk, and is responsible for the deaths of about 14,000 people daily.  As snow melts and rain flows, the water picks up toxic chemicals, disease-carrying organisms, and garbage and carries them into our water supplies. Since most of our water resources lack basic protections against such pollutants, it is likely that the freshwater that we have left will be contaminated. The most common negative effect of water pollution on humans is disease. Harmful bacteria and microorganisms are transported through the water and are eventually consumed by humans. Common waterborne diseases include intestinal parasites, typhoid, and diarrhea.  Although these diseases are curable by existing medicines, people continue to become infected due to the ongoing problem of water pollution. Diseases and other ailments can also be caused by non-organic material like chemicals. Consumption of water contaminated with such chemicals could result in physical deformities, failing organs, and death. 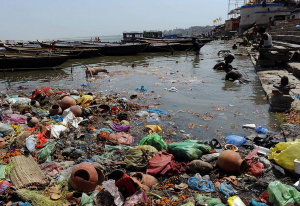 The polluted water will also have a negative effect on the environment, leading to habitat degradation and endangerment of certain wildlife species. We are currently experiencing our sixth mass extinction in the history of this planet. On average, about 10-100 species go extinct annually, but during a mass extinction, the number is over 100-1000 times that average. This time it isn’t because of something like an asteroid strike, or another natural disaster. It is because of humans, and our pollution. Water pollution is a main factor in this because it is a very valuable resource and essential to survival. With polluted water, organisms that consume it will be poisoned, and species that rely on it as a habitat will eventually go extinct. Polluted water could also lead to habitat damage as the poisoned water seeps into the ground and flows into unprotected bodies of water that support aquatic life. Water is the center and balancing factor of an ecosystem, and if it is disrupted, the whole ecosystem could come crashing down.

Water pollution is a very serious problem, but there many ways to help prevent it. Don’t litter, especially in an area where it could be swept into a body of water.  Make sure not to dump any synthetic liquids into storm drains or into a water source. Dispose of toxic products with care; make sure you know where you can dispose of them safely in your community. Conserve water, because it will reduce the amount of water that flows into sewage treatment systems. We need to ensure that our water stores have at least some basic protections against pollutants.  Our fresh, unpolluted water supply may be dwindling, but if we work hard to change how it is now, and acknowledge that water is a valuable resource that needs to be saved, we could still save the future of our planet and its life.

Cindy is senior at Henry M. Gunn High School and is incredibly honored to be a part of the Rising Star Magazine team. She enjoys belting out Disney songs, playing piano, watching Chinese dramas, and babysitting. Cindy serves as California DECA's VP of Silicon Valley and is also the singing teacher at FCSN and the President of HEARTS Nonprofit. She can be contacted at cindy@risingstarmagazine.com
Previous Three Americans Prevent Massacre
Next 3D Printing Glass