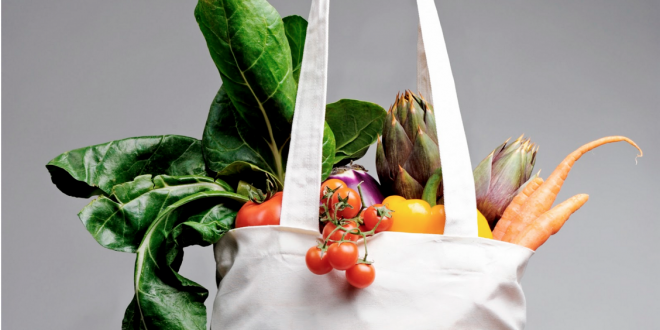 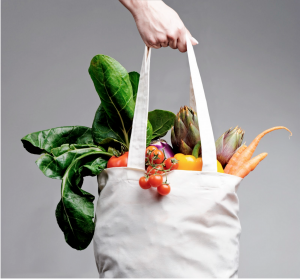 Tote bags are thought of as the economically friendly version of plastic bags: something you would bring to a farmer’s market to purchase fresh, organic tomatoes. Grocery stores across America promote these cloth bags by placing them at their checkout counters and selling them at low prices to encourage customers to help make the earth a better place. Many businesses have begun to charge a small fee, usually 10 cents, if customers choose the plastic bag option.

In 2008, a study was conducted by the UK Environment Agency, where they examined the usage patterns and production of different varieties of bags. Surprisingly, it concluded that reusing the plastic bag at least once creates the smallest carbon footprint and minimizes pollution. On the other hand, the cotton tote bag was found to have the highest global-warming potential.

To many, this study establishes conflicting perspectives. How can plastic bags be the best for the environment when they are seen wrapped tightly around the heads of turtles and birds who try desperately to escape their suffocating hold, floating in oceans, and piling up on city streets? To begin with, plastic bags require very little resources to manufacture and transport–only two kilograms of carbon for every bag–and compared to tote bags, they create drastically less carbon, waste, and byproducts. Cotton tote bags must be used at least 327 times before they achieve the same per-use ratio. In many cases, the straps of tote bags break or they become too dirty before they are used 327 times. To make matters worse, tote bags are everywhere. They’re handed out by handfuls for free at conferences and given away as gifts with purchases at stores. In an interview with Urban Outfitters designer Dmitri Siegel, Siegel admits to having a collection of 23 tote bags lounging around in is house. Because of their ubiquitousness, people receive so many free tote bags over time that many of them rarely get used, much less used at least 327 times. Designers have also caught on with this tote bag craze by selling luxury tote bags at high prices. Consumers who buy these valuable items simply cannot bring themselves to use them to carry dirty carrots or watery chicken, and instead only use designer tote bags on special occasions. It’s time to realize that the production of tote bags must come to an end, and for the vilified plastic bag to get some more love from the people.

Cindy is senior at Henry M. Gunn High School and is incredibly honored to be a part of the Rising Star Magazine team. She enjoys belting out Disney songs, playing piano, watching Chinese dramas, and babysitting. Cindy serves as California DECA's VP of Silicon Valley and is also the singing teacher at FCSN and the President of HEARTS Nonprofit. She can be contacted at cindy@risingstarmagazine.com
Previous The Mistreatment of Tiger Cubs
Next Special Exhibition in Legion of Honor