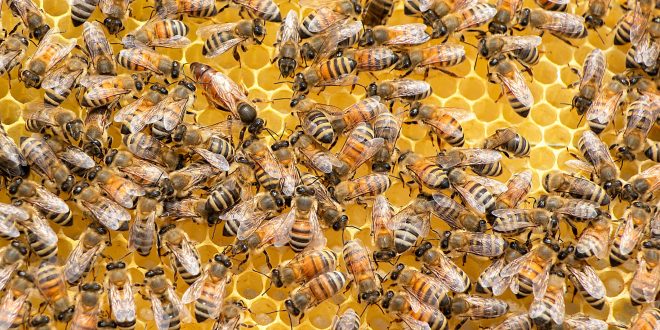 An analysis of 90 studies concluded that mixed agricultural pesticides can kill twice as many bees as those not mixed. Each of the 90 studies measured the impact of environmental stresses, like pesticides and poor nutrition.

Researchers utilized this information to calculate how the pollinating insects were affected by a mixture of these stresses. They also believe that commercial formulae containing numerous substances should now be required to have their own licenses.

Dr. Harry Siviter of the University of Texas at Austin said that exposure to many pesticides is the rule, not the exception on BBC Radio 4’s Inside Science program.

However, a “synergistic effect” could result in 30-40% mortality. Dr. Siviter noted that we definitely need to evaluate the interplay between those compounds while licensing commercial formulae for use. He proposes post-licensing observations because we don’t track pesticides after they are approved for use.

If those pesticides, when applied together, cause harm to bees, that impact is documented. However, according to a new study released this week, bees all over the world are developing the ability to “clean out” a particularly harmful parasite known as varroa, a mite that lives and feeds on honeybees and larvae.

Bees already have intricate sanitary behaviors in place, such as removing infected larvae broods from the hive. And now, data from 40 years of research into colonies that survive infestations without chemical treatment has been published in the Royal Society journal Proceedings B, revealing that they are evolving to “repurpose” their behavior against varroa.

University of Salford’s Isobel Grindrod said that we’re seeing this resistance grow around the world. We’re also seeing an increase in beekeepers not having to use chemical treatments to treat the mites recently. She said that “pressure” from the mites was forcing healthy bees to adjust.

The adaptability of the bees is critical, and that’s why we need to retain healthy bee colonies because new diseases and stresses will emerge in the future.
Source: https://www.bbc.com/news/science-environment-58089545

Previous Benefits of Yogurt
Next My Favorite Crystals