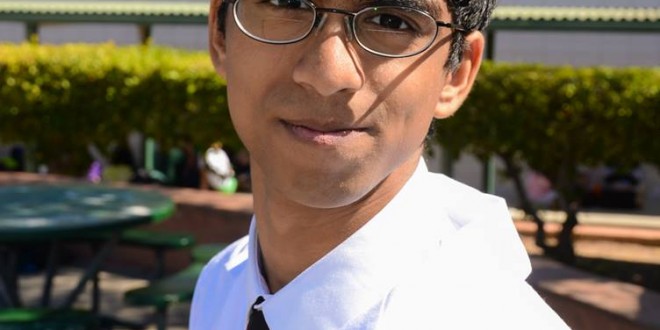 Hi! I’m Jay, a 16 year old senior at Homestead High School in California. My experiences learning Chinese are much shorter than most, only 3 years. However, in those 3 short years, I have learned a lot more than just a new language. I’ve uncovered a vast culture and community, with traditions and values that date back thousands of years. I cannot speak Chinese as well as most people, but the things that I have learned are indispensable to me.

Being a person born in the US, I had no Chinese knowledge whatsoever. The Chinese language and culture were always a mystery to me, until high school. Before high school, the only foreign language that I attempted to learn was Spanish.

In my senior year of middle school, our class had a meeting where the different subject head in high school came over to tell us what their division was like. It was fate that Ms. Lin, the Chinese teacher, had come to represent the language section. Ms. Lin told us how easy learning Chinese was, and how interesting the culture was. Afterwards, I decided to sign up for Chinese as my first choice elective the next year.

Chinese 1 proved to be simple, mainly because of the moderate pace. I learned the basics of Chinese and a great deal of culture. I even did a little bit of calligraphy! The next year, I signed up for Chinese 2, which helped me strengthen what I knew. We also learned many Chinese stories and folktales, which explained some things about Chinese characters and traditions

During my sophomore year, I got the opportunity to go to China with my family and friends. When we arrived in China, we got an amazing welcome, which I later learned is a typical Chinese tradition. For the first time, I got to eat authentic Chinese food and try to speak Chinese with people who knew little English. My Chinese was far from good, so I was amazed that people could understand me, even though I only had half of an idea of what I, or anyone else, was saying.

During my junior year, I took Chinese 3, which in my opinion, was the hardest because of the fast pace and the large amount of new vocabulary. We learned more culture, and took a little bit of time to practice a few traditions ourselves. I learned the most during this year, but had trouble keeping up sometimes.

The amount of Chinese I have learned is small compared to the knowledge of native speakers, but I’ve learned that the Chinese culture is a lot more than what popular culture makes it out to be. The parts of Chinese culture that remain hidden to most foreigners are usually the most amazing and interesting parts, vital to understanding the reasons behind traditions and everyday interactions by Chinese people. The Chinese language is truly a book that should not be judged by its cover.