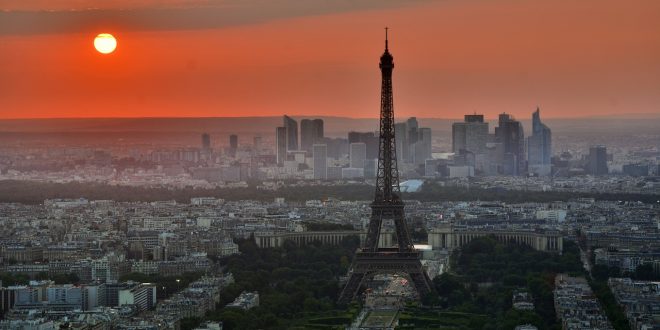 With the world facing tremendous roadblocks in the progression of climate change policies here in the United States, many people have turned to the international community to act on the amount of proofs for ever increasing temperatures. In the December of 2015, almost 200 countries around the world gathered to pass an unprecedented agreement to save the environment. So what exactly is the Paris Climate Accord, what does it do to bring climate change to a halt, and what are the possible health problems it prevents?

Representatives from 196 nations made the historic pact on Dec. 12, 2015, in Paris to adopt green energy sources, cut down on climate change emissions and limit the rise of global temperatures. They also agree to cooperate to cope with the impact of unavoidable climate change. The agreement acknowledges that the threat of climate change is “urgent and potentially irreversible,” and can only be addressed through “the widest possible cooperation by all countries” and “deep reductions in global emissions.” Although it strives to limit global temperature changes by 2 degrees Celsius, it states it will gradually seek to balance our carbon emissions so that the globe will have a net gain of 0 degrees each year. Why is this important? Because although a 2 degree change in global temperatures may be small, large areas of ice caps already on the brink of freezing temperature will melt, displacing hundreds of thousands on island nations and millions along the coasts. But in addition to the mass migrations of people, diseases get a boost from climate change, endangering many more people around the world.

As summers become hotter, many more infections may be amplified. The West-Nile Virus, or the Valley Virus, for example can spread easier, due to the abundance of mosquitoes in hotter climates and more dust in a drier, hotter environment. Another mosquito borne virus, Chikungunya, may spread, for the first time, to the Americas from Africa and India. This disease, like West-Nile Fever causes joint pain and severe fever. Dengue disease, Lyme disease, to name a few, are more mosquito borne diseases that have recently been on the rise. Rocky mountain spotted fever, a tick induced disease, causes rashes and flu-like symptoms, while Malaria, the world’s deadliest disease by death count, increases in prominence.

Another way the warming Earth can indirectly kill you is by the spread of Naegleria Fowleri, a brain eating amoeba that spawns in freshwater areas. When humans are swimming, beating the heat, these organisms can travel into your lungs or brain through your nose, and are deadly to whoever contracts the organism.

The Paris Climate Accord have many goals including preventing another blanket for us on our warm blue marble and in turn helping to save us from the indirect consequences such as illness, disease, and displacement of entire cities.