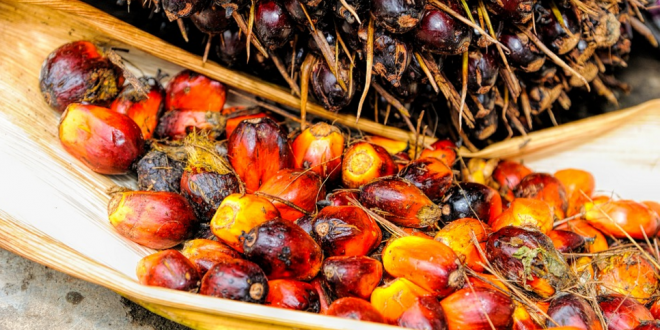 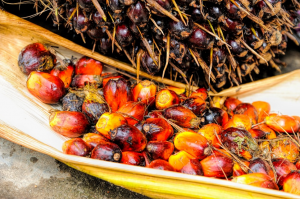 What is that one common ingredient that lipsticks, toothpastes, processed bread, candy bars, biodiesel, soap, detergent, and thousands of other products share? The answer is palm oil. The qualities of palm oil are amazing. Because of its relatively high melting point, creaminess, cheap price, and lack of trans fat, palm oil is used in almost everything. It is added to ice cream to give it smoothness and creaminess. It is added in lipsticks to prevent them from melting at high temperatures, hold color better, and provide a nice texture. It is used in soap because it can help remove other oils and dirt while retaining moisture. Palm oil has become so popular that by 2006 it has accounted for 65% of all vegetable oils traded internationally. However, like anything in the world, nothing ever comes without a cost, especially with rapidly growing demands.

The cultivation of palm oil is currently causing severe deforestation. The world’s crazy craving for it is causing unsustainable expansions of plantations that are cutting into Southeast Asia’s Forests. According to the World Wild Fund for Nature, every hour 300 football field sized areas of the rainforest are destroyed, including the destruction of natural animal habitats. If this continues, it is predicted that in 20 years all the forests of Indonesia and Malaysia will be cleared—gone at the unmerciful hands of us humans. Palm oil is the number one cause of deforestation in Southeast Asia, outranking paper and pulp. 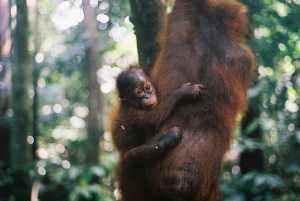 The orangutan has even become endangered because of deforestation. In the Huffington Post article cited, there is a picture of a baby orangutan with fluffy orange hair and curious bright black eyes. He is absolutely beautiful. However, one of his hands is missing—just a stump. As it turns out, one of his hand was actually cut off in an attempt to loosen his tight grip on his dead mother, who was likely driven out of her forest home and into a palm oil plantation where she was killed by humans. This devastating story is not the only one to scar the seemingly innocent palm oil industry. According to the Huffington Post, tens of thousands of orangutans have been killed, maimed, or orphaned in the past 20 years alone. If this pattern continues, in 25 years or less, orangutans will be extinct. Extinct! As in the whole species dead and wiped off the Earth with no possible way of revival.

To help, please use products that use some sort of sustainable palm oil. Palm oil is amazing, but that does not mean we have to kill everything in order to obtain it. Because of its many benefits, let’s try looking for a sustainable label instead of outright avoiding it.

Cindy is senior at Henry M. Gunn High School and is incredibly honored to be a part of the Rising Star Magazine team. She enjoys belting out Disney songs, playing piano, watching Chinese dramas, and babysitting. Cindy serves as California DECA's VP of Silicon Valley and is also the singing teacher at FCSN and the President of HEARTS Nonprofit. She can be contacted at cindy@risingstarmagazine.com
Previous PTSD and Cannabis
Next Self-Discipline